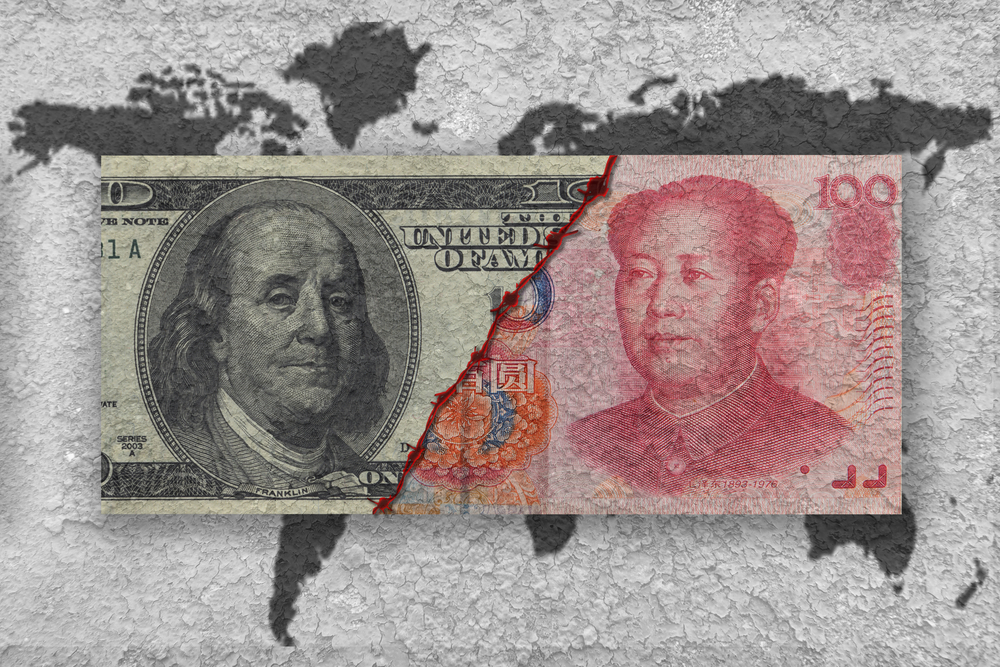 If we look honestly at our own history, we can begin to understand China’s current and future goals. If we don't, we could be headed toward conflict.
By Harry Blain | April 25, 2018

How did the United States get rich?

The textbooks tell us it was the “free enterprise” genie. The Founding Fathers, they say, had the foresight to construct a political and economic vision of a commercial republic, committed to private property, open markets, and individual liberty. Slavery was the only major stain on this vision — until our “new birth of freedom” extinguished it in war.

Despite protectionist spasms when the country was young, America emerged as the champion of the “liberal economic order” after the Second World War — and now is the time to defend it against a rising China and an economically illiterate commander-in-chief, they say.

The Rise of the “Yankee Leviathan”

This story, unfortunately, is mostly false.

As the economic historian Paul Bairoch has written, America is the “mother country” of protectionism. The very first act passed by Congress was the Tariff of 1789, and the United States consistently maintained some of the world’s highest tariff levels throughout the 19th century, when it became an economic powerhouse. What the economists call “infant industry protection” was essentially pioneered in the United States, reflecting Alexander Hamilton’s view that “capital,” without government support, “is wayward and timid in lending itself to new undertakings.”

And despite our present sanctimonious lecturing to China, we weren’t too keen on the sanctity of intellectual property, either. This was one of Charles Dickens’s many gripes about the United States, as he saw pirated editions of his novels proliferate across the Atlantic without any copyright constraints. Echoing modern American policymakers and business leaders, he complained that “I am the greatest loser alive by the present law.”

Of course, times have changed. American tariffs have, on the whole, decreased, and we are no longer proudly ripping off innocent British novelists.

Nonetheless, this history matters. For one thing, other countries know it well — and are trying to copy it. Chinese leaders may claim to offer a new and exciting “Beijing Consensus” stemming from the unique genius of the Communist Party, but they are doing little more than putting the American model on steroids.

Although the methods are different, the key ingredients are remarkably similar to those of the late 19th Century “Yankee Leviathan“: the suppression of organized labor; the creation of a cheap, easily exploitable migrant underclass; national infrastructure programs; and, yes, protectionism. China has just done it all faster and more brutally.

Kicking Away the Ladder

Our current strategy, to paraphrase Friedrich List, is to “kick away the ladder.”

Britain perfected this art after the repeal of the Corn Laws in 1846, becoming the leading proponent of free trade only once it had conquered a third of the world with a mixture of raw naval power and the highly restrictive Navigation Acts, which entrenched the catchy principle of “English trade for English vessels” over nearly two centuries.

The Founding Fathers and many subsequent American leaders were smart enough to see through the British game. China probably did, too, but — with no central political authority in a degenerating “century of humiliation” — had no means of countering it.

Now, however, the picture has changed dramatically.

China has the power not just to protect “infant industries” through tariffs, currency manipulation, or subsidies, but also to withstand American attempts at “hitting back” in a tit-for-tat spiral: inflicting reciprocal pain in politically important U.S. states, and absorbing economic coercion through government spending and redistribution.

What has changed less is the American appetite for protectionism. The most globally significant U.S. industries receive government largesse in a wide variety of forms. Subsidies for agribusiness; generous tax breaks for tech giants; unmonitored and seemingly unlimited contracts for defense companies — these sectors of the economy have hardly pulled themselves up by their bootstraps.

In this context, condemnation of China’s inadequate enthusiasm for free markets is obviously unprincipled.

But maybe it is smart. After all, international politics is inherently dishonest and hypocritical, especially when incumbent and emerging superpowers are involved. President Trump is not the only one who wants us to win at this game without moral compunction.

A similarly calculating approach worked for Britain. At least until the patience of Germany — its primary economic and strategic rival — ran out.

After unification in 1871, shrewd politicians like Otto von Bismarck led Germany through a rapid industrial revolution that would have undoubtedly impressed Xi Jinping, and carefully avoided antagonizing their superior but declining competitor.

Eventually, however, their less sober successors wanted a piece of the global imperial pie. They were also tired of lectures on “democracy” and “liberalism” from a British government that would offer none of these things to the Indians or the Irish — and didn’t hesitate to use military force against its own miners.

As the American president becomes more bombastic, belligerent, and unpredictable in his approach to China, we ought to remember these eerie historical analogues, rather than inflate delusions about our role in the global economy.

If we look honestly at our own history, we can begin to understand China’s current and future goals. Then, we can think about our best methods of accommodation or — gasp! — “appeasement.” This, of course, carries domestic political costs. But compared to the long-term costs of escalation, it is cheap.