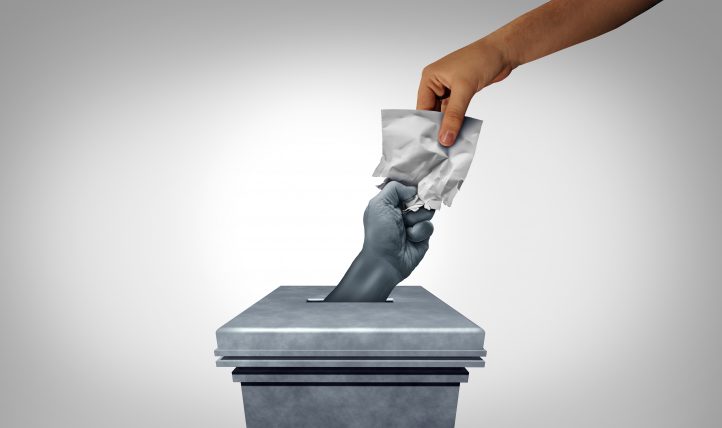 In November 2000, the battle between George W. Bush and Al Gore for the U.S. presidency was deadlocked over the status of a few thousand votes in Florida. Gore had won the popular vote, but the margin of victory in the Electoral College depended on Florida. In that state, Bush held a very slim lead of only 537 ballots.

The Democrats wanted a recount of the votes in Florida. The Republicans didn’t. The case went to the Supreme Court. In December 2000, in a 5-4 decision, the Court stopped the recount in Florida and awarded the election to Bush.

At the same time, halfway around the world, a young East Timorese activist was sitting in a U.S.-sponsored democracy seminar. He was bored and frustrated. As the activist recounted to me several years later, the American presenter was lecturing his audience on the virtues of the U.S. model of democracy.

Finally, the East Timorese activist couldn’t take it anymore. He stood up in the question-and-answer period and said, bluntly, “Pardon me, but why should we take what you are saying seriously considering what’s going on in Florida?”

The American presenter didn’t have a good answer.

The 2000 election exposed a number of flaws in American democracy: the disproportionate influence of the mysterious Electoral College, the highly politicized nature of the Supreme Court, the impact of money and lawyers and patronage systems. American democracy boiled down not to the choices of the voters but to the fact that George W. Bush’s brother Jeb was the governor of Florida and conservatives held a slim majority on the Supreme Court. The democratic principle of one person/one vote was overridden by the reality of one brother/one Supreme Court justice.

Today, 20 years later, the United States faces another election that promises to showcase yet again all the flaws of American democracy. But this time it’s not just the inherent unfairness of the Electoral College system, which awarded Donald Trump the victory in 2016 even though Hillary Clinton won the popular vote by nearly 3 million votes.

This time, as I’ve written, Trump is doing everything he can to subvert democratic institutions to remain in office – by lying, stealing votes, inciting violence, and simply refusing to vacate the White House.

Unlike George W. Bush, Donald Trump has shown no interest whatsoever in promoting democracy around the world. He has made friends with dictators like Abdel Fattah el-Sisi in Egypt and autocrats like Russia’s Vladimir Putin. He has ignored gross human rights violations like the ethnic cleansing of Rohingya in Myanmar. He has gutted the State Department’s capacity to support democratic reforms and institutions globally.

So, Trump’s attempt to subvert democracy at home is entirely consistent with his disdain for democracy abroad.

The question is: what impact will the mess surrounding the U.S. elections have on the future of global democracy?

First of all, the effort to push the U.S. model of democracy has not necessarily produced a lot of democracy around the world. Where democracy has taken root, it has been largely through the efforts of local movements, not foreign advisors. For instance, the U.S. government supported authoritarian leaders in South Korea for decades, and it was only the efforts of the Korean people that brought democracy to the country. The same holds true for South Africa, Chile, Ukraine, and many other countries.

Where democracy promotion has failed, such as Libya, the results have been catastrophic. Anarchy and civil war have flourished, not free-and-fair elections. Countries like Russia and China, meanwhile, have painted U.S. democracy promotion as interference into sovereign affairs and suppressed indigenous civil-society organizing accordingly.

So, perhaps the U.S. retreat from democracy promotion won’t have much impact globally. It might even have the opposite effect. With the United States no longer pushing from the outside, pro-democracy activists on the inside will no longer be easily accused of being pro-American spies and thus might have greater room for maneuver.

These are all lessons for activists in the United States as well. If Joe Biden wins next month and then manages to take office in January, the United States will be focused for some time on repairing its own democracy rather than messing with the political systems of other countries. Donald Trump has done much to undermine the faith that American citizens have in democratic mechanisms like the security of elections, the oversight of Congress, and the independence of the judiciary. A Biden administration will have a lot of work to do just to restore these democratic guardrails, not to mention winning back a minimum of international respect for the United States after four years of plummeting approval for both the U.S president and his country.

In the wake of Trump’s democracy demotion, the most important task for a Biden administration would be democracy promotion at home. If the next administration can repair American democracy, it would suggest that perhaps the authoritarian wave that has swept over much of the world – Russia, China, India, Turkey, Thailand, Philippines – has hit a high-water mark and might even be receding.

The polls suggest that American voters are ready to send Trump packing. Let’s hope that people around the world, having watched the impact of Trump’s demotion of democracy on the United States, will reject the politicians in their own countries who advance Trump-like agendas as well.

John Feffer is the director of Foreign Policy In Focus and the author of the new book, The Pandemic Pivot.