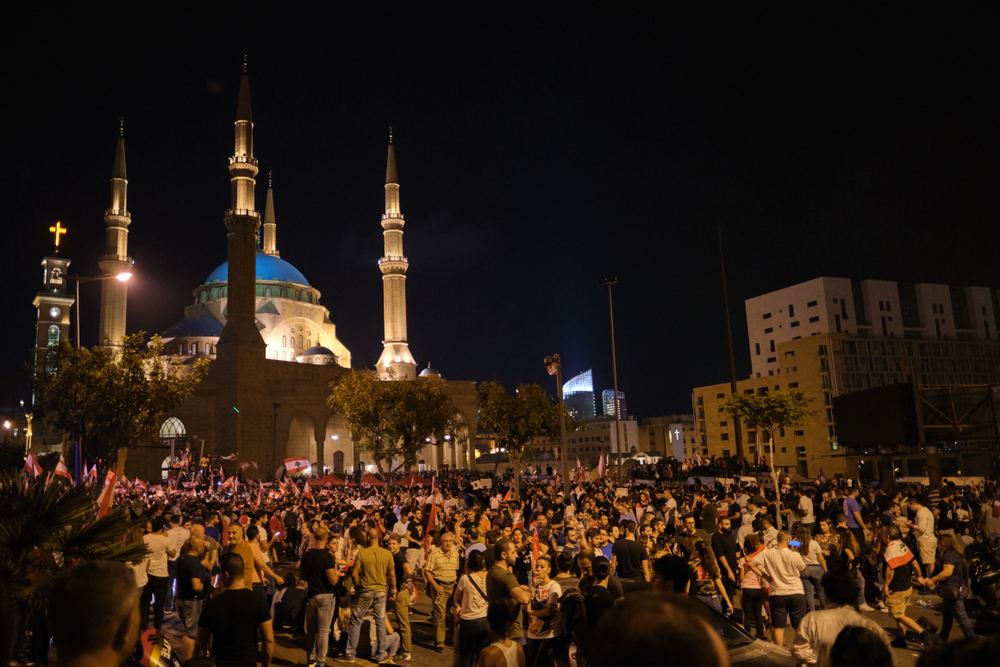 As the Decade Closes, the Power of Protest Endures

Despite the dashed hopes of the early 2010s, social movements are still winning important fights — and building a framework for human survival.
By Nic Dawes | December 10, 2019

For those who believe the arc of the moral universe bends toward justice, the past 10 years have been a reminder that it is also long.

Indeed, as we mark the final Human Rights Day of this decade, we are ending the way we began — in the streets. In Hong Kong, Nicaragua, in Algeria, Sudan, Lebanon, Iran, and elsewhere, people have been on the march, facing bullets, beatings, and prison to demand an end to repressive and unaccountable government, to reject corrupt elites, and secure their rights.

Are they naïve? Or do they know something important and powerful?

And what of the lawyers and communities challenging injustice in court, the investigators building meticulous records of human rights crimes, the journalists dragging into public view the buried facts, the advocates and activists pressuring and cajoling governments, companies, and other powerful actors to defend human dignity?

They persist because they know the power of protest and resistance, and the efficacy of the human rights ideal, even if the tally of the past decade offers little encouragement. 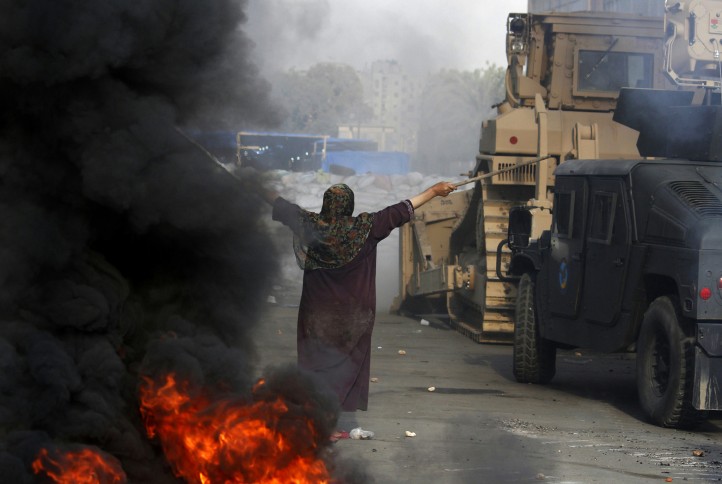 From 2010 through 2012, protest movements swept across Iran and much of the Arab world. But in 2019, Tunisia stands alone among the countries of the Arab Spring in making the transition to democracy, and among its neighbors renewed repression and brutal wars have followed the uprisings. Hundreds of thousands have died, millions have been injured, and tens-of-millions have been displaced. The cost in lives, resources, and squandered potential is incalculable.

Ten years ago, the smart phones and social platforms that helped to enable the protests were celebrated as vectors of positive change, opening avenues for speech and organizing beyond the control of authoritarian governments. They are now more often seen as fueling division, empowering surveillance, invading our privacy, and eviscerating the economic underpinnings of a free press.

Those who have sought refuge from obliterating violence and repression have met a rising tide of xenophobia, as politicians long confined to the margins of power ride a narrative of cultural, economic, and security threat, often focused on Muslims, refugees, LGBT people — anyone  seen as the “other” — to its center. They have sometimes been buoyed by hyper-partisan and often fraudulent media operations.

In the world’s biggest democracies — India, Brazil and the United States — the gravest threats to human rights and democracy come from elected presidents who openly praise dictators, demonize minorities, and undercut the rule of law, putting vulnerable populations at even greater risk.

It would be easy to make a longer list of reversals: the promise of South Sudan, newly independent in 2011, now mired in war; Myanmar, where the pro-democracy icon Aung San Suu Kyi has emerged as an apologist for ethnic cleansing and crimes against humanity; Tanzania, where the media and civil society face ever tighter controls, arrests, and killings. And in Russia, a protest movement in 2011 held out hope for change, but instead Vladimir Putin increased his grip domestically, and enhanced his influence globally.

Perhaps nowhere exemplifies the retreat more starkly than China, where once some Western analysts breezily promised that rising prosperity would bring progress on human rights and democracy. Instead, President Xi Jinping has put the fruits of development to work to build an algorithmically enhanced authoritarianism unrivaled in the scope of its ambition for control. 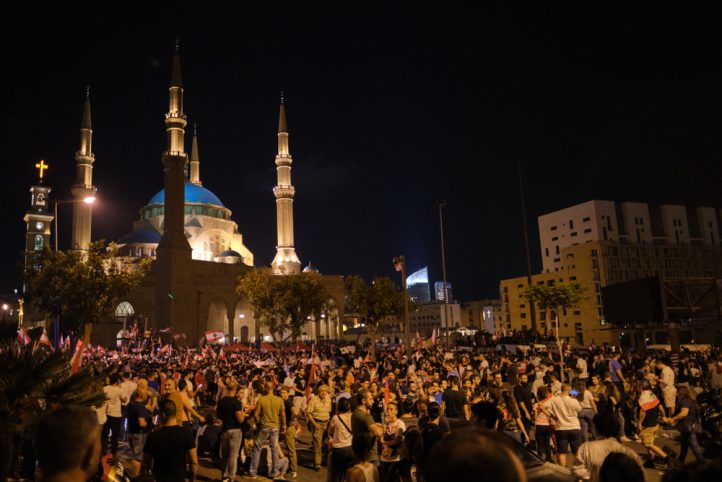 The protesters taking to the streets in Lebanon and elsewhere are not looking to a global scoresheet and calculating their chances. They are demonstrating that power without legitimacy can be checked in local struggles rooted in the demand for accountability, and ultimately for human rights. Ethiopia’s initial opening toward greater democratic space under President Abiy Ahmed tells us that some leaders appear to have learned this lesson, despite the crowing autocrats on the world stage.

And it isn’t only in street protest or in national struggle that we see the tools and values of human rights successfully at work.

The millions of women and girls who bravely stepped forward to publicly shared their stories in response  to Tarana Burke’s #MeToo call built a global movement demanding an end to sexual violence. Persistent journalists turned accounts of Harvey Weinstein’s predation from Hollywood gossip into international news, and across the world, investigative reporting exposed the misogynistic abuses of other powerful figures.

They did so in the face of a U.S. president whose misogyny is proudly on display. Trade unions and women’s rights groups successfully fought for a new international treaty protecting against violence and harassment at work. Unevenly perhaps, but unstoppably, court cases, new regulations, a resetting of workplace norms, and sustained activism are creating new protections for women’s basic right to be free of harassment and violence.

Spurred by litigation, culture change, and legislators responding to social movements, the rights of LGBT people are expanding around the world. A rearguard action by opponents in Russia and the United States decrying “gender ideology” and battling the spread of both women’s reproductive rights and LGBT rights is meeting both energized defense, and deep shifts in public opinion.

In a thousand smaller struggles, the embedding of human rights standards in domestic and international law is helping to bring the perpetrators of war crimes to justice, to secure land and environmental rights for communities threatened by development, and forcing companies to respect their human rights responsibilities.

Local human rights defenders around the world don’t rely solely on the courage of their own conviction, or even the force of local law, rooted in their own experience, cultures and struggles, they are also part of a global ecosystem of shared norms, institutions, strategic collaboration, and communication that forms a resilient mesh that should be fostered and sustained. 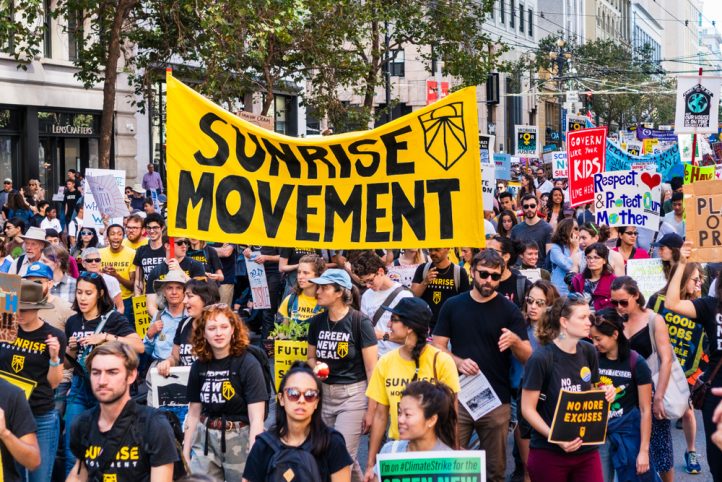 It will be needed more than ever in the face of this decade’s epochal failure, and the signal challenge of the next: the climate emergency.

Ten years ago, in Copenhagen, governments arrived at the outlines of a consensus on the science of global warming. What they couldn’t agree on was a binding deal to do something meaningful to stop it. They did better in Paris in 2016, but emissions keep rising regardless, as powerful denialists like Trump push back on the agreement, and even those who admit the urgency of the problem fail to make the required trade-offs needed to slow and halt the build-up of CO2 in the atmosphere.

Climate change is already driving conflict and extreme weather, threatening health, and constricting access to water. Its effects are set to worsen, and they will affect every dimension of human rights.

But a new global social movement is growing, in schools and on the streets. And existing norms around water, health, humanitarian disasters, and livelihoods offer a rich framework for building the accountability that is needed to spur action from wanton governments and companies.

If we are back where we started the decade, we know the task, we have the tools — and like the protesters, we know the value of sticking to it.