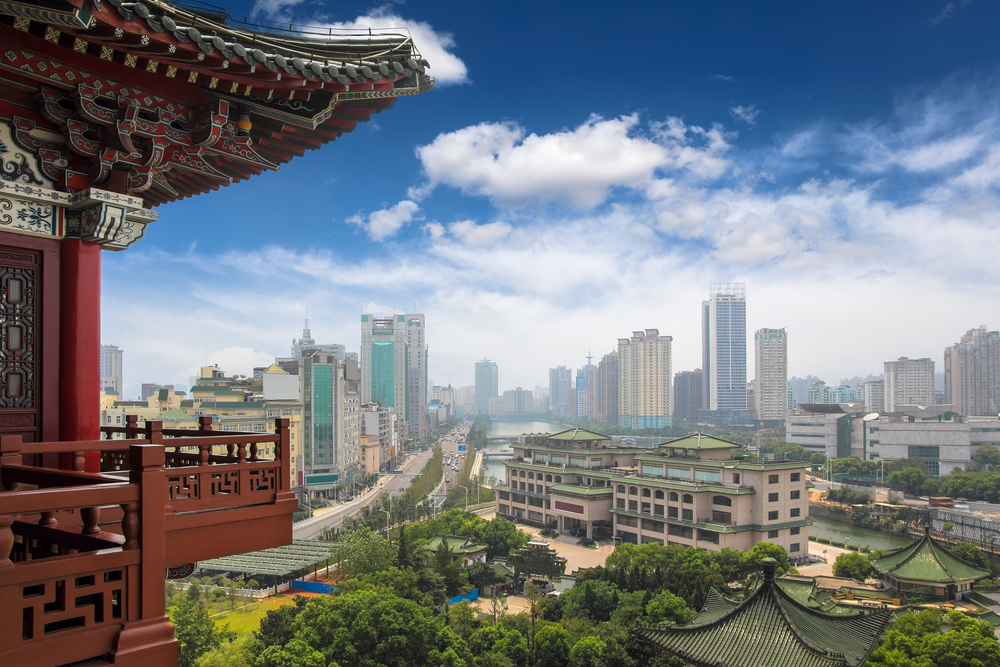 Alliances and rivalries are reshuffling as Asian countries try to make sense of the Trump administration's belligerent and erratic foreign policy.
By Conn Hallinan | August 29, 2018

“Boxing the compass” is an old nautical term for locating the points on a magnetic compass in order to set a course. With the erratic winds blowing out of Washington these days, countries all over Asia and the Middle East are boxing the compass and re-evaluating traditional foes and old alliances.

India and Pakistan have fought three wars in the past half-century, and both have nuclear weapons on a hair trigger. But the two countries are now part of a security and trade organization, the Shanghai Cooperation Organization (SCO), along with China, Russia, and most of the countries of Central Asia. Following the recent elections in Pakistan, Islamabad’s foreign minister, Shah Mehmood Qureshi, has called for an “uninterrupted continued dialogue” with New Delhi to resolve conflicts and establish “peace and stability” in Afghanistan.

Pakistan’s new prime minister, Imran Khan, is a critic of the U.S. war in Afghanistan and particularly opposed to the use of U.S. drones to kill insurgents in Pakistan.

Russia has reached out to the Taliban, which has accepted an invitation for peace talks in Moscow on September 4 to end the 17-year old war. Three decades ago the Taliban were shooting down Russian helicopters with American-made Stinger missiles.

Turkey and Russia have agreed to increase trade and to seek a political solution to end the war in Syria. Turkey also pledged to ignore Washington’s sanctions on Russia and Iran. Less than three years ago, Turkish warplanes downed a Russian bomber, Ankara was denouncing Iran, and Turkey was arming and supporting Islamic extremists trying to overthrow the government of Bashar al Assad.

After years of tension in the South China Sea between China and a host of Southeast Asian nations — including Vietnam, the Philippines, Taiwan, Malaysia, and Brunei — on August 2 Beijing announced a “breakthrough” in talks between China and the Association of Southeast Asian Nations (ASEAN). After years of bluster — including ship-to-ship face-offs — China and ASEAN held joint computer naval games. China has also proposed cooperative oil and gas exploration with ASEAN members.

Starting with the administration of George W. Bush, the U.S. has tried to lure India into an alliance with Japan and Australia — the Quadrilateral Security Dialogue, or “Quad”— to challenge China in the South China Sea and Indian Ocean.

The Americans turned a blind eye to India’s violation of the Nuclear Non-Proliferation Treaty and dropped the ban on selling arms to New Delhi. The Pentagon even re-named its Pacific Command, “Indo-Pacific Command” to reflect India’s concerns in the Indian Ocean. The U.S. is currently training Indian fighter pilots, and this summer held joint naval maneuvers with Japan and the U.S. — Malabar 18 — in the strategic Malacca Straits .

At June’s Shangri-La Dialogue held in Singapore, Modi said “India does not see the Indo-Pacific region as a strategy or as a club of limited members,” and pointedly avoided any criticism of China’s behavior in the South China Sea. Given that Indian and Chinese troops have engaged in shoving matches and fistfights with one another in the Doklam border region, Modi’s silence on the Chinese military was surprising.

China and India have recently established a military hotline, and Beijing has cut tariffs on Indian products.

During the SCO meetings, Modi and Xi met and discussed cooperation on bringing an end to the war in Afghanistan. India, Pakistan, and Russia fear that extremism in Afghanistan will spill over their borders, and the three have joined in an effort to shore up the Taliban as a bulwark against the growth of the Islamic State.

There is also a push to build the long-delayed Iran-Pakistan natural gas pipeline that will eventually terminate in energy-starved India.

India signed the SCO’s “Qingdao Declaration,” which warned that “economic globalization is confronted with the expansion of unilateral protectionist policies,” a statement aimed directly at the Trump administration.

The Modi government also made it clear that New Delhi will not join U.S. sanctions against Iran and will continue to buy gas and oil from Tehran. Indian Defense Minister Nirmala Sitharaman also said that India would ignore U.S. threats to sanction any country doing business with Russia’s arms industry.

Even such a staunch ally as Australia is having second thoughts on who it wants to align itself with in the Western Pacific. Australia currently hosts U.S. Marines and the huge U.S. intelligence gathering operation at Pine Gap. But China is Canberra’s largest trading partner, and Chinese students and tourists are an important source of income for Australia.

Canberra is currently consumed with arguments over China’s influence on Australia’s politics, and there’s a division in the foreign policy establishment over how closely aligned the Australians should be with Washington, given the uncertain policies of the Trump administration. Some — like defense strategist Hugh White — argue that “Not only is America failing to remain the dominant power, it is failing to retain any substantial strategic role at all.”

White’s analysis is an overstatement. The U.S. is the most powerful military force in the region, and the Pacific basin is still Washington’s number one trade partner. In the balance of forces, Canberra doesn’t count for much. But the debate is an interesting one and a reflection that the Obama administration’s “Asia pivot” to ring China with U.S. allies has not exactly been a slam-dunk.

A Course of Their Own

Of course, one can make too much of these re-alignments.

There are still tensions between China and India over their borders and competition for the Indian Ocean. Many Indians see the latter as “Mare Nostrum” — “Our Sea,” as the Romans called the Mediterranean — and New Delhi is acquiring submarines and surface crafts to control it.

However, since some 80 percent of China’s energy supplies transit the Indian Ocean, China is busy building up ports in Pakistan, Sri Lanka, and Djibouti to guard those routes.

India has recently tested a long-range ICBM — the Agni V — that has the capacity to strike China. The Indians claim the missile has a range of 3,000 miles, but the Chinese say it can strike targets 5,000 miles away, thus threatening most of China’s population centers. Since Pakistan is already within range of India’s medium range missiles, the Agni V could only have been developed to target China.

India is also one of the few countries in the region not to endorse China’s immense “One Belt, One Road” infrastructure initiative to link Asia, South Asia, Central Asia, the Middle East, and Europe into a vast trading network.

A number of these diplomatic initiatives and re-alignments could easily fail.

Pakistan and India could fall out over Kashmir, and resolving the Afghanistan situation is the diplomatic equivalent of untying the Gordian Knot. The Taliban accepted the Russian invitation, but the Americans dismissed it. So too has the government in Kabul, but that could change, particularly if the Indians push the Afghan government to join the talks.

Just the fact that the Taliban agreed to negotiate with Kabul, however, is a breakthrough, and since almost everyone in the region wants this long and terrible war to end, the initiative is hardly a dead letter.

There are other reefs and shoals out there.

Turkey and Russia still don’t trust each other, and while Iran currently finds itself on the same side as Moscow and Ankara, there’s no love lost among any of them. But Iran needs a way to block Trump’s sanctions from strangling its economy, and that means shelving its historical suspicions of Turkey and Russia. Both countries say they will not abide by the U.S. sanctions, and the Russians are even considering setting up credit system to bypass using dollars in banking.

The Europeans are already knuckling under to the U.S. sanctions, but the U.S. and the European Union aren’t the only games in town. Organizations like the SCO, ASEAN, the BRICS countries (Brazil, Russia, India, China and South Africa), and Latin America’s Mercosur are creating independent poles of power and influence, and while the U.S. has enormous military power, it no longer can dictate what other countries decide on things like war and trade.

From what direction on the Compass Rose the winds out of Washington will blow is hardly clear, but increasingly a number of countries are charting a course of their own.

Foreign Policy In Focus Conn Hallinan can be read at dispatchesfromtheedgeblog.wordpress.comand middleempireseries,wordpress.com.