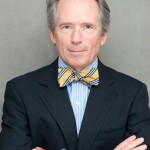 Caleb Stewart Rossiter is a progressive activist who has spent four decades fighting against the U.S. foreign policy of supporting repressive governments in the formerly colonized countries. He is currently the co-director of the American Exceptionalism Media Project, which he founded in 2012 with activist and educator Raed Jarrar. This project uses web-based materials to discredit pro-imperial propaganda that is directed at young Americans.

Rossiter has been based in Washington since 1981. He worked on the congressional staff of the Arms Control and Foreign Policy Caucus in the 1980’s (on efforts to end wars in Central America and Africa) and of Representative Bill Delahunt from 2007 to 2009 (on efforts to end wars in the Middle East). In the 1990’s he founded and directed the research and advocacy group Demilitarization for Democracy, where he helped initiate and guide the “no arms to dictators” Arms Trade Code of Conduct. In the early 2000’s he was a consultant to the Vietnam Veterans of America Foundation, where he researched military issues for efforts to ban anti-personnel landmines and reduce the civilian toll of anti-vehicle mines and cluster bombs.

Many Russians and Americans would rather see their governments helping other countries than hurting them. That means facing some hard truths.

An Agreement on Arms — With No Teeth

While the Arms Trade Treaty doesn't do anything to affect American gun owners, it's so weak that it doesn't seem to affect anybody at all.

Is Obama a Turkey or an Eagle?

The United States has pursued an "eagle" approach of military intervention overseas for much of its history. Will President Obama change the direction of U.S. foreign policy?

The Pentagon has some unusual bedfellows in its operation in Uganda.

Time for Change in Afghanistan

Al-Qaeda has left Afghanistan. We should leave, too, before another soldier or civilian dies without purpose.