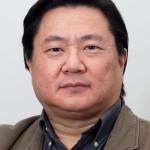 IPS Fellow Sanho Tree is director of the Drug Policy Project, which works to end the domestic and international “War on Drugs” and replace it with policies that promote public health and safety, as well as economic alternatives to the prohibition drug economy. The intersection of race and poverty in the drug war is at the heart of the project’s work. In recent years the project has focused on the attendant “collateral damage” caused by the United States exporting its drug war to Colombia and Afghanistan. Establishing humane and sustainable alternatives to the drug war fits into the IPS mandate as one of the major contemporary social justice issues at home and abroad. He was featured in the ABC/John Stossel documentary on the drug war and has also appeared on Politically Incorrect with Bill Maher. Currently, he serves on the boards of Witness for Peace and the Andean Information Network.

Mr. Tree is also a former military and diplomatic historian and he has collaborated in the past with Dr. Gar Alperovitz on The Decision to Use the Atomic Bomb and the Architecture of an American Myth (Knopf, 1995). From 1996-97, he assisted entertainer Harry Belafonte and continues to work as an occasional consultant for him on international issues. He was also associate editor of CovertAction Quarterly, an award-winning magazine of investigative journalism. In the late 1980s he worked at the International Human Rights Law Group.

VIDEO: Trump Is All in on the Philippine Drug War

Trump has lavished praised on Duterte's extrajudicial murders — and Duterte's envoy to the U.S. is developing a little project called Trump Tower Manila.