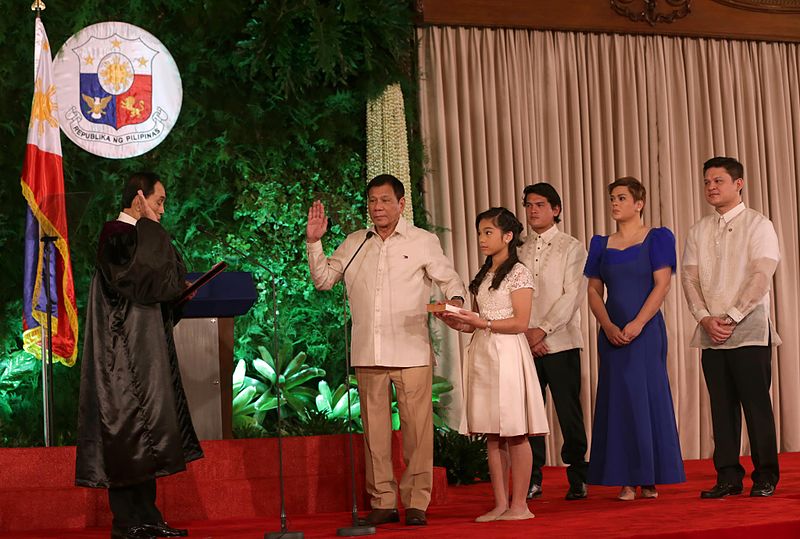 VIDEO: Trump Is All in on the Philippine Drug War

U.S. President Donald Trump recently met Philippine President Rodrigo Duterte for the first time — in fact, the two were photographed clinking champagne flutes. Duterte’s brutal war on drug users, which has left upwards of 13,000 dead from extrajudicial executions, has been roundly condemned by world leaders — except for Trump himself.

The U.S. president has praised Duterte and even invited him to the White House. In return, Duterte made the developer of Trump Tower Manila his envoy to the United States. Emolument clause, anyone?