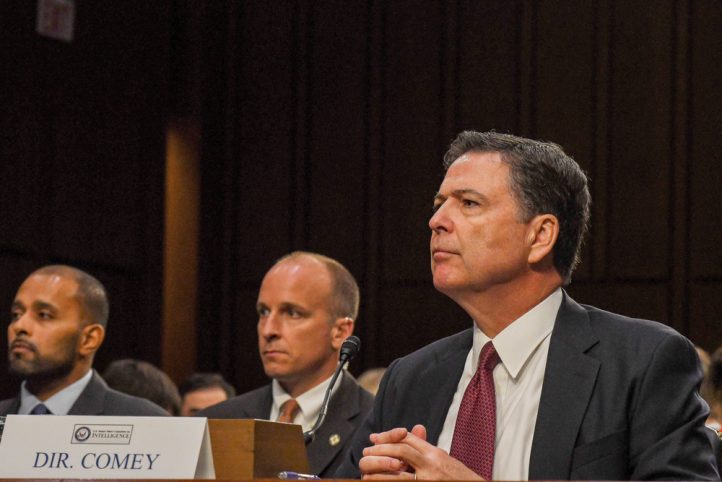 On paper, control of the U.S. House of Representatives means a lot.

The Constitution grants “the People’s Chamber” “the sole power of impeachment,” shared responsibility for making the nation’s laws, and the exclusive right to originate “all bills for raising Revenue” — the all-important “power of the purse.”

All of this must look appetizing to a Democratic Party winning the House for the first time in eight years.

Yet, in practice, the House of Representatives — and Congress as a whole — often derives its strength less from what it is formally written down, and more from pragmatic, reactive, and sometimes improvised mechanisms developed over time.

Chief among these is the power to investigate.

Whether through regular standing committees or special committees established by resolutions, members of Congress in both chambers have long relished their ability to haul executive functionaries in front of television cameras, question them under oath, and occasionally subject them to public lectures on constitutional law.

One of the most crucial years for these investigations was 1975. Prompted by alarming reports about CIA, FBI, and NSA covert activities in The New York Times, a Senate Committee chaired by Frank Church and a House Committee chaired by Otis Pike began Congress’s first serious inquiries into the nation’s intelligence agencies.

In the Committee’s fourteen final reports, few threads were left hanging. They documented everything from CIA assassination plots and the U.S. role in the 1973 Chilean coup to the FBI’s COINTELPRO domestic surveillance operation and the NSA’s extensive practice of warrantless mail-opening.

No one was forced to resign or face prosecution, but the combined efforts of Church and Pike led to the creation of permanent intelligence oversight committees in both chambers, a presidential ban on assassinations of foreign leaders, and the Foreign Intelligence Surveillance Act of 1978, requiring the executive branch to request warrants for wiretapping and surveillance purposes. Above all, they drew unprecedented public attention to the most secretive and constitutionally dubious corners of government.

Neither Willing nor Able

Since then, however, it is no stretch to say that we have largely lived in an era of “benign neglect.”

The Iran-Contra scandal led to major congressional investigations of the Reagan administration in 1987, but they were constrained by an extremely tight time-frame, inadequate staffing, and the refusal of Republicans to challenge their own president.

More recently, the 2014 Senate “Torture Report” represented piercing scrutiny of the CIA’s “enhanced interrogation techniques,” but we have still only seen an executive summary littered with redactions demanded by the Obama administration. Accountability was limited to Obama’s admission that “we tortured folks,” while the Senate’s willingness to confirm Gina Haspel as CIA Director last year provided additional evidence that involvement with the torture program won’t stand in the way of a big promotion.

In short, Congress has progressively become both less willing and effective as an intelligence “watch-dog,” despite possessing no shortage of investigatory tools.

But could these trends change, now that House Democrats promise to wield whatever tools they can to thwart the wrecking ball Trump administration?

Although the intelligence agencies have, for most of their history, acted as extensions of executive power, President Trump is hardly in perfect sync with them. He’s been openly questioning joint findings of Russian interference in the 2016 election, feuding publicly with the former FBI Director, and revoking the security clearance of retired intelligence officials critical of his administration.

This has put Democrats in a strange position.

People like James Comey (who partially sabotaged Hillary Clinton’s presidential campaign) and John Brennan (whose CIA spied on Democratic staffers assigned to the Torture Report) are now regulars on MSNBC, while the new Democratic chair of the House Intelligence Committee is perhaps Congress’s most spirited defender of the FBI.

The late Senator Church surely would have cringed — or at least raised his eyebrows — at all of this. But Church served in a Congress that was trying to re-establish itself after the Vietnam War and Watergate. Some unity of purpose, across party lines, was essential to the institution’s continuing relevance — perhaps even survival.

To say the least, times have changed. As long as Democrats perceive the intelligence agencies as allies in their fight against President Trump, they will not be creating another Church or Pike Committee any time soon.

Should this bother us?

Not if our immediate goal is the amassing of more cable TV talking heads saying how much they loathe President Trump. But if we have broader concerns about power, accountability and the health of the republic, then we can ill-afford yet another Congress that fails in one of its most vital oversight responsibilities.