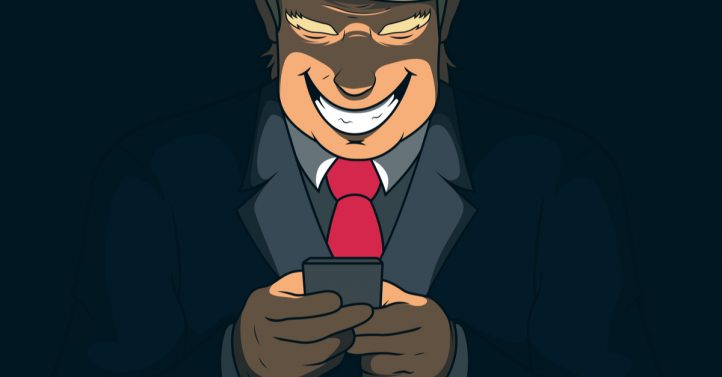 The news that Canada has caved on trade has me depressed.

The glee with which Donald Trump has announced his latest “victory” is galling. Sure, he didn’t force Mexico and Canada to do everything he wanted in the NAFTA replacement. But he certainly can claim a public-relations coup. And his supporters in Congress are milking the moment for all it’s worth.

“While many in Washington claimed it could not be done, President Trump worked tirelessly to bring Canada to the table and negotiate a new trade deal that is better for American workers and consumers,” said Rep. Steve Scalise (R-LA).

Yes, yes, I know: the arc of the moral universe is long and it bends toward justice. The problem is, how long is the arc and how big is the universe? In the shorter term, such as the span of a human lifetime, injustice seems more likely the norm.

I would like to believe that Trump’s game of chicken on foreign trade is simply not going to work. But what if it does? What if China blinks? What if the EU buckles? The game of trade is not simply won by those who can negotiate the longest or write the most detailed treaties. It’s often won by those who use crude displays of power.

Geopolitics is not a game for the faint of heart. It’s the perfect playground for bullies.

Bullies were on the ascendant even before America’s Top Tyrant won the presidency in 2016. Vladimir Putin, Rodrigo Duterte, Recep Tayyip Erdogan, Daniel Ortega: these leaders all believe that their might makes right.

But Trump brings it to another level. Russia, Turkey, Nicaragua, and the Philippines all have rich histories of strong men imposing their wills on resistant populations. The United States lacks that tradition. The rule of law is supposed to keep the bullies in check.

Now Trump is bringing into government a whole club of likeminded pugilists. John Bolton and Mike Pompeo are running foreign policy. The god-awful Jeff Sessions is rewriting the rules of law. And now Trump wants to stuff the Supreme Court with frat boys like Brett Kavanaugh, someone who has never known the difference between right and wrong and, in his most recent testimony, tried to bully Congress into confirming his nomination simple because he’s, well, entitled to it. Ruthlessness got him this far in his career — why shouldn’t he stick with this tactic?

It reminds me of my first day in middle school, when an older boy picked me out of the crowd of incoming sixth graders to punch my arm, a display of power that he enjoyed so much that he turned it into a daily ritual.

But the current situation is much worse than that. It’s like going to school and discovering that not only is that gang of jerks that hates you still controlling the hallways during breaks. Not only are they still extorting lunch money from the weak at lunch.

Not only that, but they’ve taken over the classrooms and the administration, they decide who gets into what courses and what colleges, and they want to make your entire day a living hell.

Bullies are often, though not always, scared of a real fight. They pick on the weak and the easily intimidated. They talk big.

Donald Trump has always talked big. And he seems never to shy away from a fight. But those are verbal battles — in the press or in the courtroom. As for actual fighting, he notoriously avoided the Vietnam War, not for moral reasons but because of supposed bone spurs in his heels.

Like most chickenhawks, Trump talks big about blowing up other countries and taking out their leaders. So far, however, he has only attacked some usual suspects — a few targets in Syria, a widespread bombing campaign in one of the poorest countries on earth (Afghanistan), and a continuation of the U.S. drone program.

True, Trump might be gearing up for a war with Iran. He’s being pushed in that direction by people inside his administration (like John Bolton and Mike Pompeo) as well as neocon hawks like Mark Dubowitz of the Foundation for Defense of Democracies (who recently called Trump a “Twitter tiger”).

But I suspect that Trump wants simply to bully Iran into submission. He has hit the country with the sanctions that the previous administration had removed as a result of the nuclear deal. Already, Iran’s oil exports have dropped steeply by 870,000 barrels a day since April. The Trump administration has threatened to penalize any country that imports Iranian oil with secondary sanctions. As a result, South Korea and Japan have already stopped their orders. Meanwhile, U.S. oil exports have gone up, in part to fill the gap.

Of course, not everyone has gone along with Trump. China in particular will continue to purchase Iranian products. And Europeans are openly defying Trump by crafting a deal with Tehran to preserve the nuclear deal and keep open trade and investment links. And oil prices are on the rise, which means more discontent at the pump in the United States, particularly among Trump’s carbon-guzzling supporters.

Trump says he wants a new nuclear deal. But really the end game is regime change in Tehran. For all but the craziest of neocons, the Iraq War has created a new kind of syndrome: maximum pressure, minimum military involvement. It’s what some observers have cannily described as “regime change on the cheap.” So far, thanks to some powerful allies, Iran is hanging tough.

Perhaps if Kim Jong Un were Muslim or didn’t have nuclear weapons or had made the supreme mistake of being nice to Barack Obama, Trump wouldn’t be interested in sitting down to talk with him. As it was, Trump ratcheted up the rhetoric against North Korea in the first year of his term. Then he pivoted, against the advice of many in his administration, toward negotiations. The result was the Singapore summit in June, the first time a sitting American president met with a North Korean leader.

There have been a few interesting changes in the U.S.-North Korean dynamic. The Pentagon agreed to suspend war games with South Korea last summer. Pyongyang has continued a moratorium on nuclear and missile testing as well as dismantled some non-essential parts of the nuclear complex.

But the key problem remains the same. Who will make the first bold move?

Meanwhile, North and South Korea aren’t waiting for Trump to get off the dime. They’ve already begun removing landmines from the DMZ. At the last inter-Korean summit, North and South agreed to significant de-escalation, from a no-fly zone over the border to a transformation of the DMZ into a peace park. That’s bold, and it’s happening now.

As for Trump and Kim? They are apparently enjoying those early days in a romance when men’s thoughts turn constantly to love. As Trump said at a rally in West Virginia last weekend:

So, the two bullies have hit it off. No surprise there. But as in Romeo and Juliet, today’s Montagues and Capulets haven’t yet ended their generational conflict despite the love of the two principals. Such love affairs usually don’t end well.

But let’s say that it does, and the mutual bullying works. In reality, the détente between Washington and Pyongyang will have more to do with the patient negotiations of the quintessential anti-bully, Moon Jae-in.

Stomping on the Palestinians

Donald Trump has promised a brand new deal for Middle East peace. That’s the fraudulent businessman at work. He’s slapped a “new and improved” sticker on a product that is demonstrably inferior to its previous versions, and somehow he thinks the world will buy it.

The Trump administration has put maximum pressure on Palestinians to negotiate from a progressively weaker position and minimum pressure on Israel to make any concessions at all. Trump has moved the U.S. embassy to Jerusalem (a major Israeli demand), zeroed out $200 million in bilateral assistance for Palestinians in Gaza and the West Bank, cut U.S. financial support for a UN agency that has long helped Palestinian refugees, and closed down the Palestinians’ de facto embassy in Washington, DC.

The proper response to this bullying is, of course, to tell the Trump administration to shove its “deal of the century” right up its Foggy Bottom.

And it’s not just Palestinians and liberal American Jews who feel this way. Here’s what former Israeli military spokesman Peter Lerner has to say:

While it is Trump’s prerogative to pick and choose whom to support, and how to support them, the ramifications of these abrupt steps will only empower the radicals. The deal of the century can’t be made with Israel alone, and hardballing the Palestinians into submission is likely to blow up on Israel’s doorstep.

It’s one thing bullying Iran and North Korea. These countries might be backed up against a wall, but they have choices. The Palestinians, after losing so much and then losing even more under Trump, basically have nothing left to lose — except their dignity. Why should they come to the negotiating table to trade this last resource for a manifestly unfair deal?

So, in the four examples cited, bullying worked with Canada, has half-worked with Iran and North Korea, and has had nothing but malign impact on Israeli-Palestinian relations. Unfortunately, for Trump and his minions, bullying isn’t just a tactic, it’s a way of life.

If life imitated Hollywood, the bullies would either experience a life-affirming conversion or get their just desserts.

Let’s forget about the first option. Donald Trump, John Bolton, Mike Pompeo: These guys are not going to pull a David Brock and suddenly realize the many errors of their ways.

Then what about option two? I’d love to see Trump and his crew escorted from the federal government to the federal penitentiary. But how many members of the George W. Bush administration faced prison time for the mishandling of the Iraq War, the torture policy, and the other disasters of U.S. foreign policy? Only one: Lewis Libby, for his role in the Valerie Plame affair.

And how many members of the financial community went to prison for their role in the banking crisis of 2008? Again, only one.

It may turn out that a couple more Trumpsters have to face jail time as a result of the Mueller probe. Maybe even the president himself will be Caponed over his myriad tax scams. But I have my doubts that the aftermath of the 2020 elections will provide us with the grand spectacle of a mass perp walk from the White House.

Unfortunately, the victory of Donald Trump in the 2016 election disproved the adage that “cheaters never prosper.” Indeed, his whole life stands testament to the grim truth that cheaters, if they cheat on a truly grand scale, can get away with it. The same, alas, applies to bullies.

The #MeToo movement is only the latest reminder that organized resistance can bring down very powerful bullies. It’s not exactly a Hollywood ending — not until they make a movie about Harvey Weinstein’s rise and fall — but it’s a whole lot better than suffering in silence. As for the Trump administration, well, I don’t know about you but I’d like to shorten the arc of the moral universe and bend it a lot more acutely toward justice.