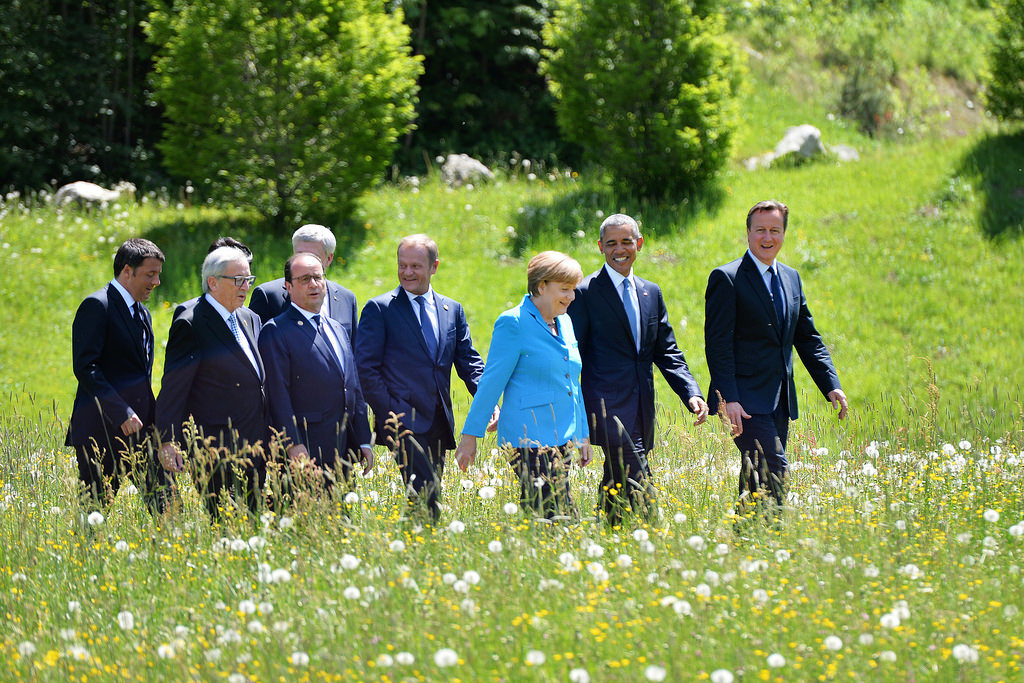 Five Dead-Ends on the Road to the Paris Climate Talks

So far, UN climate change conferences have sidestepped the real business of keeping fossil fuels in the ground.
By Oscar Reyes | November 24, 2015

UN climate change conferences have gabbled and gaveled through dozens of accords, instruments, platforms, protocols and mechanisms over the last few years. But unfortunately, they’ve sidestepped the real business of keeping fossil fuels in the ground.

Here are just five of the many dead ends on the road to Paris, where talks toward a final accord — COP21 — are set for the first half of December.

The 2010 Cancun Agreements set a target of no more than 2 degrees Celsius global warming to avert the worst climate chaos.

Yet scientists suggest that’s dangerous for many of the world’s poorest people, offering 1.5 degrees Celsius as a far safer target. Unfortunately, COP 21 has become an argument over which is the better of two things that won’t happen. Pledges for the Paris COP would allow for global warming of up to 5 degrees Celsius, spelling disaster for many developing countries.

“I ♥ KP” pin badges, bags and t-shirts were all the rage at some recent COPs, but nostalgia for the climate treaty signed in 1997 can’t disguise the scale of this flop. Kyoto established a target for reduced greenhouse gas emissions far below what science suggested was needed, and set up a series of loopholes that allowed developed countries to avoid climate action.

The protocol was an unambitious compromise shaped by the United States, whose negotiating position under the Clinton administration was heavily influenced by fossil fuel lobbyists. Having fatally weakened the climate agreement, the U.S. later withdrew after George W. Bush took office. A decade on, the U.S. was followed out of the door by Canada, which ratified the protocol but then missed its target by a country mile because it had ramped up tar sands oil production. Neither country faced negative consequences.

The centerpiece of the Kyoto Protocol was the Clean Development Mechanism, or CDM, which allowed rich countries to buy “carbon credits” from poorer countries instead of reducing emissions domestically. The credits were meant to represent a ton of carbon cuts, but were based on dubious accounting that meant polluting companies got paid for doing almost nothing, or even expanding harmful projects.

The market for CDM credits “essentially collapsed” in 2012. Since then, a ton of carbon has cost far less than a cup of coffee.

The Copenhagen Accord, which emerged from the failed climate talks of 2009, is a short list of vague promises with one eye-catching number: Developed countries committed to “mobilizing jointly US$100 billion a year by 2020” to address developing countries’ climate needs. But the money can come from “a wide variety of sources, public and private” — a handy fudge, since existing financing exceeds that amount if you make the definition broad enough.

The OECD, a club of rich countries, recently made its pitch in favor of broad definitions, suggesting that export credits, market-rate loans, and private investments all count towards the $100 billion. The World Bank and friends also weighed in, offering a new definition of climate finance that’s wide enough to comfortably include fossil fuel financing.

The promise of a new international climate agreement is only one of the two “workstreams” under discussion in Paris. A second workstream promises to discuss “pre-2020 ambition.” Developing countries have come with strong proposals, such as a global renewable energy support program. Developed countries, meanwhile, have sought to limit pre-2020 talks to a “technical examination” of anything other than their own inadequate actions to address climate change.

Oscar Reyes is an associate fellow at the Institute for Policy Studies. An earlier version of this article appeared at The Road Through Paris.