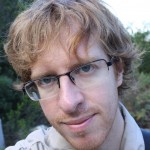 IPS associate fellow Oscar Reyes is a writer and activist focussing on climate and energy finance. His recent work includes Power to the People?, which takes a critical look at the World Bank’s Clean Technology Fund, and the co-authored Carbon Trading: how it works and why it fails. He provides research and advice on the economics and politics of climate change to various organisations, including Corporate Europe Observatory, Earthlife Africa and Friends of the Earth UK. He is also environment editor of Red Pepper, a magazine that he previously edited.

Prior to becoming an associate fellow, Oscar was a researcher with Carbon Trade Watch, the Environmental Justice project of the Transnational Institute (TNI), TNI Communications Officer, lecturer in Cultural Studies at the University of East London, lecturer in European Politics at Goldsmiths College, University of London, and co-presenter/producer of a weekly radio show on London’s Resonance FM.

He holds a BA in English Language and Literature from Somerville College, Oxford University and a Masters in Ideology and Discourse Analysis from the University of Essex.

Want to Save the Climate? Break Up the Big Banks

While Trump Tries to Bring Back Zombie Coal, the UK Goes Coal-Free

While China, Europe, and several U.S. states are reaping the rewards of transitioning to renewables, the Trump administration appears dead-set on propping up a dying dirty industry.

How Progressive Cities Can Reshape the World — And Democracy

As national governments lurch to the right, a radical citizens coalition is Barcelona is showing how ordinary people can reclaim control of their communities.

Trump Can’t Hold Back the Tide of Climate Action

Market forces, state and local action, and strong social movements could blunt the impacts of a denialist White House.

The Green Climate Fund is supposed to finance the world's shift away from fossil fuels. But fossil fuel-funding banks are eager to get on board.

Five Takeaways from the Spanish Election

The 2016 vote may have been a disappointment to Spain's insurgent progressives. But they've proven they're here to stay.

Will the landmark UN climate deal mark a turning point in the fight against climate change? The devil's in the details.

Five Dead-Ends on the Road to the Paris Climate Talks

So far, UN climate change conferences have sidestepped the real business of keeping fossil fuels in the ground.

At the Lima Climate Talks, It Was Groundhog Day All Over Again

The latest climate talks were an exercise in futility and delay. But that doesn't mean activists should give up.
Page 1 of 212»