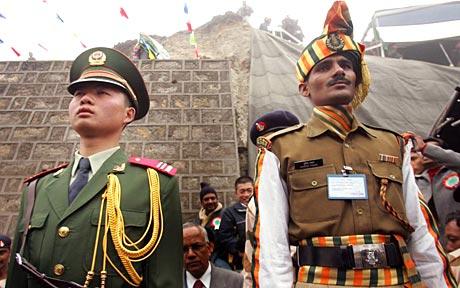 India: Linchpin of the Pivot?

Indian leaders are open to cooperating with the U.S. but wary about being drawn into a Cold War with China.
By Ninan Koshy | September 20, 2012 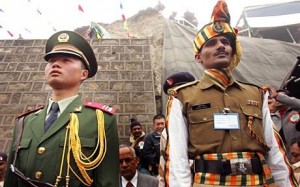 The January 2012 Pentagon document on Strategic Guidance, entitled “Sustaining Global Leadership: Priorities for Twenty First Century,” has inaugurated a new cold war in the Asia-Pacific region between the United States and China. The document affirms that the United States will of necessity rebalance, or “pivot,” towards the Asia-Pacific region. The goal of the rebalancing—American “global leadership”—is a fancy name for empire, maintained by military superiority.

The document gives a prominent place for India in the U.S. strategy, which came as a surprise to many observers. While India is singled out with specific reference to strategic partnership, long-standing allies such as Japan, Australia, and South Korea are clubbed together under “existing alliances.” In his maiden visit to India in the first week of May, U.S. Secretary of Defense Leon Panetta piled on, calling defense cooperation with India “a linchpin in U.S. strategy” in Asia.

In what may be called cartographic diplomacy, the United States is keen to show that there is geostrategic and even territorial convergence between the United States and India in the region. The January Strategic Guidance document, for example, refers specifically to “the arc extending from the Western Pacific and East Asia into the Indian Ocean and South Asia.” In a November 2011 article for Foreign Policy, Secretary of State Hillary Clinton defined the Asia-Pacific as stretching “from the Indian subcontinent to the Western shores of the Americas. The region spans two oceans – the Pacific and the Indian–that are increasingly linked by shipping and strategy.” It is interesting to note the inclusion of South Asia in the geographic area of the Asia-Pacific pivot. South Asia has generally been considered a distinct strategic sub-region of Asia, one the United States apparently intends to integrate into its strategy for the broader continent.

The United States has been exhorting India to move from its “Look East” policy to an “Act East” policy. Washington expects India to go beyond forging bilateral relations with countries in the region and to get involved in their critical issues. This, the United States believes, is essential for the integration of the Asia-Pacific region under a U.S. umbrella.

Towards a Military Alliance

While India has provided assistance to the United States in Afghanistan and continued defense cooperation on other fronts, the two countries have operated under a formal framework only since 2005. An agreement signed that year proclaimed that the two countries were entering a new era and transforming their relationship to reflect their “common principles and shared national interests.” It underlined that the countries’ defense relationship was the most important component of the larger strategic partnership, entailing new joint military exercises, exchanges, and multinational operations. The major component is an expansion of “defense transactions, not as ends in and of themselves but as a means to strengthen our security, reinforce our strategic partnership, [and] achieve greater interaction between our defense establishments.”

From the outset of this new stage, it was evident that what the United States wanted was a military alliance. Ambassador Robert D. Blackwill, at the end of his New Delhi assignment in May 2003, said that the ultimate strategic objective was to have an Indian military that was capable of operating effectively alongside its American counterpart in future joint operations.

This framework was the basis of the nuclear deal between India and the United States that gave India de facto recognition as a nuclear-armed state, which was announced just weeks afterward. A series of defense-related agreements followed in 2007.

Although India remains unwilling at this juncture to sign pending defense agreements that might be construed as opening the door for an official military alliance with the United States, there has been considerable progress on U.S.-India arms transactions. The United States has bagged the largest number of arms contracts—about $8 billion worth in the last five years—despite its stringent and intrusive end use monitoring requirements. India has fundamentally reoriented its defense procurement, moving away from its traditional reliance on Russia. In fact, nearly half the value of all Indian defense deals in recent years has been in U.S. transactions alone.

In addition to a booming arms trade, India and the United States have conducted more than 50 joint military exercises in the last seven years. Against this, India’s joint exercises with other countries appear to be mere tokens.

Military-to-military relations have especially deepened in the realm of naval cooperation. The U.S. and Indian navies have cooperated operationally on four separate occasions: in the Strait of Malacca after 9/11, in disaster relief efforts after the Indian Ocean tsunami in 2004-2005, in a non-combative evacuation operation in Lebanon in 2006, and counter-piracy operations in the Gulf of Aden since 2008.

In December 2001, the two countries reached an agreement on naval cooperation to secure the maritime routes between the Suez Canal and the Malacca Straits known as “chokepoints.” During the U.S. invasion of Afghanistan, naval ships were provided by India to safeguard U.S. non-combatant and merchant ships transiting the Straits of Malacca, which freed U.S. naval ships for service off the coast of Pakistan. This has been officially acknowledged by Washington as a contribution by India to the “war on terror.”

India was also one of the very few countries to join the “core group” set up by Washington in the wake of the 2004-2005 Indian Ocean tsunami. The “core group” was actually a Pentagon plan to assess the geo-strategic implications of the tsunami and to gain the U.S. military access to areas where it had not previously been permitted. It was disbanded because of sharp criticism from the United Nations and European nations like France.

But India is apparently not the only South Asian nation being courted by the United States. The Times of India reported in June that Washington is in the process of stationing a naval base in Chittagong, Bangladesh. “Worried by the increasing presence of Chinese naval bases in the South China Sea,” the paper reported, “America now eyes a counter-strategy as it wants an overall presence in Asia – right from Japan to the Diego Garcia base in the Indian Ocean.” The Bangladeshi government has denied the report, but if it’s true, it could cast a shadow on India’s own security strategy and on U.S.-Indian naval cooperation. However, such an initiative would be perfectly in tune with Washington’s ongoing quest for more naval facilities in the region.

Problems in the Neighborhood

Although Obama administration officials have often stated that the so-called “pivot” is not aimed at any particular country, the Strategic Guidance document admits that it concerns at least in part the growing influence of China. Happy to avail itself of U.S. military technology but reluctant to raise tensions with its sometime rival, India is understandably cautious about aligning too closely with the United States against China.

That is why, in response to Panetta’s overtures, Indian Defense Minister A. K. Antony emphasized “the need to strengthen multilateral security architecture in Asia and move to a pace comfortable to all countries concerned.” It did not go unnoticed that on exactly the same dates Panetta was in New Delhi, India’s Foreign Minister S.M. Krishna was in China affirming the Sino-Indian bilateral relationship as a priority for India’s foreign policy and expressing India’s desire to expand strategic cooperation with China. Likewise, several statements have appeared with claims by U.S. and Chinese leaders that they are committed to collaborating on security in South Asia.

India has a host of problems with China in South Asia. These include increasingly strident Chinese claims on Indian territory, the lack of any progress in border negotiations, China’s nuclear links with Pakistan, and China’s support for the Pakistani position on Kashmir. The United States’ silence on these matters has given the impression, albeit indirectly, that it supports the Chinese positions.

Against this background, a strong case can be made for India to remain non-aligned in the new cold war. But there is perceptible resistance from the establishment to such an idea. Although India may not want to be described as the “linchpin” of the U.S. pivot, the present leadership will nonetheless reassure Washington that it broadly supports U.S. policies abroad, including in the Asia-Pacific.

Ninan KoshyNinan Koshy is a contributor to Foreign Policy in Focus.