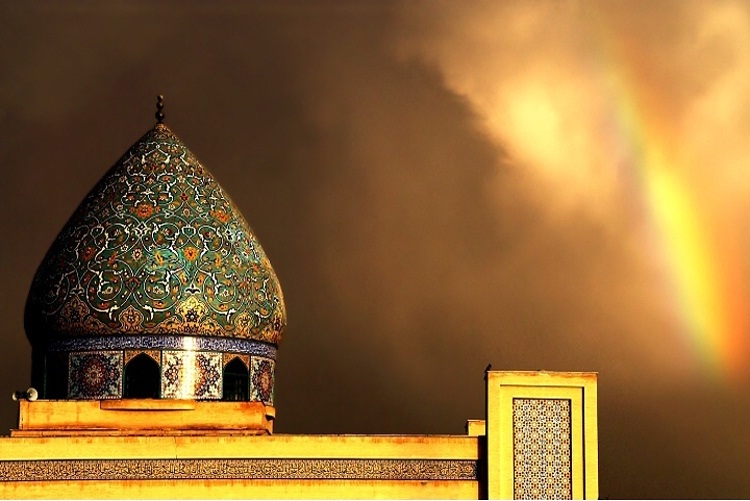 Iran Deal: A Game-Changer for the Middle East

Negotiators in Switzerland just won a huge victory for diplomacy over war. Now we've got to protect it.
By Phyllis Bennis | April 2, 2015

Negotiators in Lausanne, Switzerland just won a huge victory for diplomacy over war.

The hard-fought first-stage negotiations resulted in the outlines of an agreement that will significantly limit Iran’s nuclear program in return for significant relief from crippling economic sanctions imposed by the United States, the European Union, and the United Nations.

Both sides made major concessions, though it appears Iran’s are far greater.

Tehran accepted that U.S. and EU sanctions will not be lifted until after the UN’s watchdog agency verifies that Iran has fully implemented its new nuclear obligations — which could be years down the line. It agreed to severe cuts in its nuclear infrastructure, including the reduction of its current 19,000 centrifuges for enriching uranium to just over 6,000.

Tehran also consented to rebuild its heavy water reactor at Arak so that it will have no reprocessing capacity and thus cannot produce plutonium. Its spent fuel will be exported. The Fordow nuclear plant, moreover, will be turned into a technology research center without fissile material. And crucially, the UN’s International Atomic Energy Agency will be allowed to conduct unannounced inspections.

In return, the United States and its partners — the UK, France, Germany, Russia, and China — agreed that the UN resolution imposing international sanctions on Iran would be replaced by a new resolution that would end those sanctions but maintain some restrictions.

The framework didn’t specify whether the new resolution would be enforceable by military force, but it did reject an earlier demand by the United States and some of the Europeans for a “snap-back” trigger that would automatically re-impose sanctions if they claimed Iran wasn’t keeping its part of the bargain. Without that, a new Security Council decision — one subject to potential vetoes by at least Russia or China — will have to be voted on.

Additionally, while it didn’t explicitly reaffirm Iran’s explicit rights under the Non-Proliferation Treaty to pursue “nuclear energy for peaceful purposes without discrimination,” the agreement did acknowledge Iran’s “peaceful nuclear program” and sought to limit, not to end, Iran’s enrichment capacity.

Most importantly for skeptics of the talks, there’s no question that the broad parameters announced in Lausanne would qualitatively prevent any future Iranian decision — which all U.S. intelligence agencies still agree Iran hasn’t ever made — to try to build a nuclear bomb.

The restrictions impose a year-long “break-out” period, meaning it would take at least that long for Iran to even theoretically enrich enough uranium to build a bomb. And, as my colleague Stephen Myles at Win Without War reminds us, “The Iranians would still have to, ya know, build a bomb, figure out a way to hide it all from the inspectors all over their country, and convince the international community to sit idly by without responding while they broke the terms of a deal for one whole year.”

Hardliners in both the United States and Iran opposed the agreement, but so far it appears that the pro-war faction in the U.S. Congress (mainly though not only Republicans) poses a far greater threat to the survival of the accord than the hawkish factions in Iran — especially since Ayatollah Ali Khameini, Iran’s Supreme Leader, has continued to support the nuclear negotiators.

For some of the U.S. opponents, the issue is purely partisan. They want President Obama to fail, and they’ll oppose anything he supports.

For many others, military intervention and regime change remain the first choice towards Iran — Senator John McCain already urged Israel to “go rogue” and attack Iran. Republicans in the Senate, following their 47-strong letter to Iran threatening to undermine any agreement signed by Obama, continue to lead efforts to impose new sanctions and to demand a congressional vote to accept or reject the agreement.

But the global potential for this agreement is far more important than the partisan posturing of right-wing militarists and neoconservative ideologues. If it holds — and if the final agreement, with all its technical annexes, can be completed as scheduled in three months — Lausanne can set the stage for an entirely new set of diplomatic relationships and alliances in the Middle East.

Indeed, the region could be significantly transformed by an end to the decades of U.S.-Iran hostility. With Washington and Tehran maintaining normal if not chummy diplomatic relations, joint efforts to end the fighting in Iraq, stop the catastrophic escalation underway in Yemen, and create a real international diplomatic campaign to end the Syrian civil war all become possible. A U.S. diplomatic posture that recognizes Iran as a major regional power would make a whole set of current challenges much easier to resolve.

Regardless of whether that kind of grand bargain in the Middle East becomes possible, the current diplomatic initiative must be defended.

Efforts to undermine the Lausanne agreement are already underway.

Senate Republicans are hoping to win over enough Democrats to override Obama’s certain veto of a bill that would let Congress vote to reject the agreement. Fortunately, Democratic opposition to Israeli Prime Minister Benjamin Netanyahu’s blatant campaign to undermine the Iran negotiations has made that Republican effort more difficult. Defense of President Obama’s diplomacy by the Black Caucus and Progressive Caucus of Congress has pulled more Democrats away from the anti-negotiations, pro-war position.

But at the end of the day it will be public opinion that matters. A Washington Post poll in the last days before the agreement found 59-percent support for a negotiated settlement — with 70 percent of liberals, two-thirds of Democrats, and at least 60 percent of independents and self-described “moderates” all supporting a deal. Even Republicans — divided more or less evenly — are far more supportive than their party’s war-boostering representatives in Congress.

What’s required now is mobilizing that public support. That means strengthening the backbone of uncertain or wavering members of Congress, challenging extremist anti-diplomacy positions in the media, and most of all reminding everyone of the consequences of failure.

In Lausanne we saw a crucial victory of diplomacy over war. Now we’ve got to protect it.