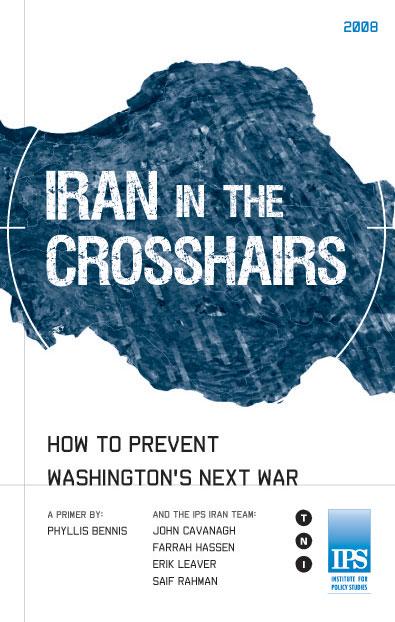 Iran in the Crosshairs

(Editor’s note: This is the introduction to the new primer, Iran in the Crosshairs, published by the Institute for Policy Studies. The full report is available here. Print copies can be ordered by calling IPS.) 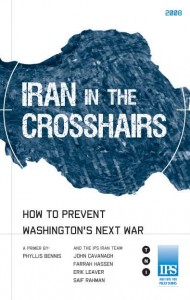 Washington watched as 2007 came to a violent and inglorious end. U.S. wars raged in Iraq and Afghanistan, U.S.-backed Israeli occupation suffocated Palestinians, U.S.-allied governments in Pakistan and Kenya faced national explosions over false democratization and stolen elections, and U.S. corporate-driven poverty and resource wars ravaged Africa. Powerful forces in the United States had already begun to critically reassess what they saw as the diminishing value of the Bush administration’s reckless global interventionism.

By the end of the year, that elite divide—with the Bush White House increasingly isolated and discredited—had shown up in a leaked story of how Bush’s CIA hid and then destroyed videotapes documenting the interrogation-by-torture of detainees in the so-called “global war on terror.” There was an explosive story documenting how Bush’s billions of dollars in “anti-terrorism” military aid to Pakistan had completely failed to stabilize that war-wracked country. Another leak exposed damning views that the United States and its allies were losing the war in Afghanistan, the invasion and occupation that were supposed to shine as Washington’s “good war”—the war that no one could criticize because of September 11.

How could anyone now claim there was any legal or moral pretext for threatening Iran? But somehow the release of the NIE did not stop Washington’s talk of war. The day after the NIE was released the Washington Post headline read, “U.S. Renews Efforts to Keep Coalition Against Tehran.” The White House, the President, and especially the Vice-President, all continued ratcheting up the rhetoric. In fact, the president had been told of the NIE’s overall conclusions months earlier, back in the summer of 2007.

When Bush arrived in the Middle East in January 2008 for his first trip to the region as president, Iran remained top of the agenda. One of his primary goals was to reassure Israel that the NIE had changed nothing in U.S. policy trajectories towards Iran and that despite the intelligence agencies’ consensus that Iran was not building a nuclear weapon, “all options” remained on the table. According to Newsweek, “in private conversations with Israeli Prime Minister Ehud Olmert, the President all but disowned the document, said a senior administration official who accompanied Bush on his six-nation trip to the Mideast. ‘He told the Israelis that he can’t control what the intelligence community says, but that [the NIE’s] conclusions don’t reflect his own views.’”

Newsweek went on to recognize that:
“Bush’s behind-the-scenes assurances may help to quiet a rising chorus of voices inside Israel’s defense community that are calling for unilateral military action against Iran. Olmert, asked by Newsweek after Bush’s departure whether he felt reassured, replied: ‘I am very happy.’ … Bush told Olmert he was uncomfortable with the findings and seemed almost apologetic …. But the president may be trying to tell his allies something more: that he thinks the document [the NIE] is a dead letter.”

Just a couple of days before Bush’s January 2008 trip to Israel, the Pentagon reported an “incident” in the Strait of Hormuz. Iranian speed boats had allegedly swarmed between and among three large U.S. warships heading into the Persian Gulf, broadcasting threatening messages that the U.S. ships were about to explode and dropping small box-like objects onto the seas. Just as the sailors were aiming their guns at the provocateurs, the Iranian boats reversed course and sped away.

Reuters described how the boats “aggressively approached” the U.S. ships. The Pentagon called it “careless, reckless and potentially hostile,” the White House “reckless and provocative.” Numerous Persian speakers pointed out that the voice making the threats did not sound like a Persian accent. The U.S. Navy itself acknowledged that they had no idea where the voice making the threats had actually come from. Quickly the words “Tonkin Gulf incident” were on many lips. Many remembered August 4, 1964, the “attack on a U.S. Naval ship” off the coast of Vietnam Lyndon Johnson used as a pretext for sending troops to Vietnam. Years later the world learned that the alleged attack had never occurred at all; it was cooked up. Would the “swarming boat incident” in the Strait of Hormuz serve as George Bush’s Tonkin Gulf?

Despite the NIE, the possibility of a U.S. military strike on Iran remains a very real threat. Neither operative intelligence estimates nor actual facts on the ground would have much sway over the ideologues in the Bush White House.

Phyllis Bennis, Erik LeaverPhyllis Bennis is a Fellow of the Institute for Policy Studies, where she directs the New Internationalism Project and is a contributor to Foreign Policy In Focus.