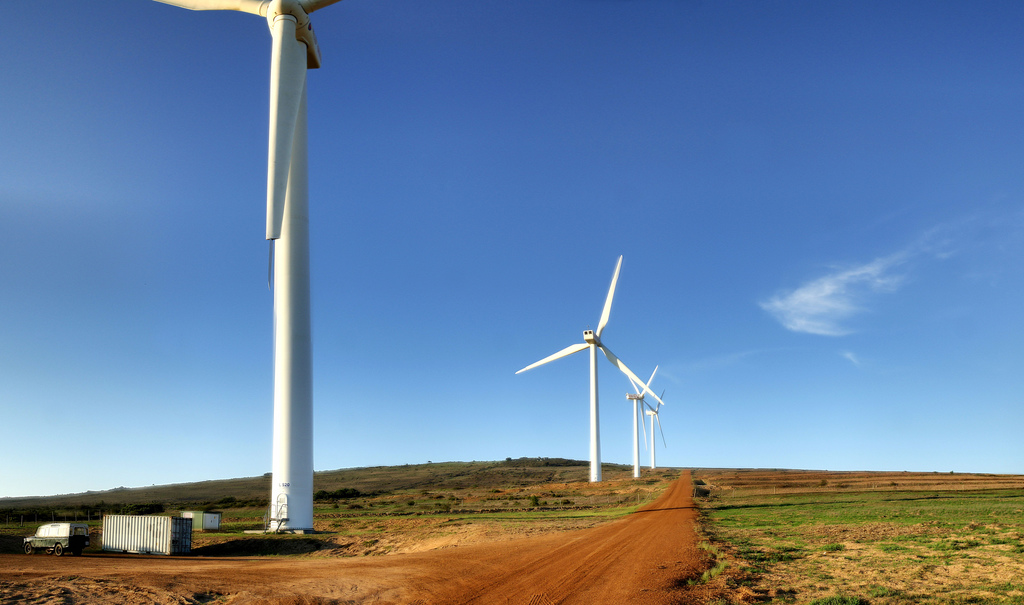 The Moment for Climate Justice

As global civil society calls for a renewable energy revolution, the U.S. Congress is considering an African energy initiative that leaves the door wide open to fossil fuels.
By Janet Redman, Emira Woods, John Cavanagh | May 7, 2014

This week, the House will vote on the Electrify Africa Act. This bill directs the president to draw up a multi-year strategy to strengthen the ability of countries in sub-Saharan Africa to “develop an appropriate mix of power solutions” to provide electricity, fight poverty, and “drive economic growth.”

Because of strong pressure from climate justice advocates, some positives—such as integrated resource planning and decentralized renewable energy—are named as a part of that mix. But because it still leaves the door wide open to fossil fuels, the bill doesn’t go far enough to protect people or their environment.

And the debate over Electrify Africa continues as the Senate drafts a companion bill.

Behind both pieces of legislation is a White House initiative announced last summer called “Power Africa.” It frames President Barack Obama’s approach to energy investment on the continent, which has been condemned by environmental justice groups. It’s an “all of the above” energy strategy that favors the fossil fuel companies that are destroying the planet and corrupting Washington.

Proponents of Electrify and Power Africa have been most publicly enthusiastic about new discoveries of vast reserves of oil and gas on the continent, which has many African activists wary of a resource grab. Executives from companies like General Electric—which according to Forbes has recently pivoted its attention to the continent—have appeared on the podium with President Obama to applaud the policy.

At a March Senate hearing on Power Africa, Del Renigar, Senior Counsel for Global Government Affairs and Policy at GE, even noted that one of the company’s “most significant efforts to date has been focused on the privatization of the Nigerian power sector.” He lauded the potential of Power Africa to help “reduce the obstacles” to negotiating deals for power projects. And some backers of dirty energy are attempting to use the initiative to weaken the existing environmental safeguard policies of national development finance institutions such as the Overseas Private Investment Corporation (OPIC).

The backers of keeping dirty energy in Power Africa like to portray their opponents as privileged elites who want to keep Africans “in the dark” by denying them electricity and industrialization, while keeping their own lights on.

Nothing could be further from the truth. The real concern here is that U.S. taxpayers will wind up supporting African energy development that caters to corporate industrial zones and natural resource exporters, leaving the majority of Africans in rural and neglected urban areas still without access to power and exposed to dangerous pollution.

An OPIC proposal to finance the Azura Edo gas plant in Nigeria is a recent case in point. A review of project documents and site visits by Environmental Rights Action Nigeria found that the plant will not provide any new energy access, even to villages immediately adjacent to the project, nor will families displaced by the project receive adequate resettlement compensation. Project developers did not consider any renewable energy options. Instead, the plant will use open-cycle gas turbines supplied by GE—a technology more polluting and less energy efficient than closed-cycle turbines. Yet this project is considered part of Power Africa.

In Africa, the United States, and around the world, there is a growing outcry against the ravages of coal and other fossil fuel pollution, which sickens and kills—with the burden falling hardest on the poor, elderly, and children.

A climate justice movement with a clear vision for a clean, equitable energy future is making itself heard. The drivers of this movement are people living on the front line of dirty energy in poorer countries and in low-income neighborhoods in wealthier nations like the United States. They understand firsthand the effects of dirty energy pollution and climate chaos, and are champions of innovative forms of clean rural and urban electrification—not only in the Global South, but just as urgently in the heavily polluting Global North. In fact, an international campaign to demand climate justice, representing over 100 groups in developing and developed countries, has called for efforts to ensure “people’s access to clean, safe, and renewable energy sources.”

In Africa, climate justice activists are speaking eloquently about a new economy for Africans and everyone else that leapfrogs fossil fuels and delivers electricity to hundreds of millions of people through clean energy and energy efficiency.

Augustine Njamnshi, Policy Coordinator of the Pan African Climate Justice Alliance in Cameroon, asserts that “the transition must be just as much as it must be swift. There must be clear measures to ensure ‘climate jobs’ are created—jobs and livelihoods that are necessary for the shift to low carbon, climate resilient, and equitable development pathways.” Innovation abounds in these areas, but policy incentives still tend to favor fossil fuels over clean energy.

Another dynamic group, Earthlife Africa, is opposing coal-fired plants in South Africa, which they argue will create far more environmental problems than energy benefits. Like most environmental justice groups, Earthlife couples that opposition with bold proposals for an alternative energy future. They are promoting studies about the job benefits of a renewable energy strategy. And they argue that, with the right policies, 50 percent of all South African electricity could come from renewable sources by 2050.

African climate justice groups have documented how large-scale energy projects tend to serve big corporations and the wealthy. According to the South Africa-based NGO Groundwork, residents pay up to seven times more for their electricity in that country than major corporations do. Meanwhile, pollution from the country’s dirty energy system results in massive health costs to the state.

The climate justice movement also points out that those most responsible for the problem should be the ones to help pay for real solutions. And that means divesting from dirty-energy corporations and investing in renewable energy systems that put people first. Desmond Tutu, South African social rights activist and retired Anglican bishop, recently wrote that “people of conscience need to break their ties with corporations financing the injustice of climate change.”

The U.S. Congress and the White House would both do well to heed his call and allocate resources to contribute to the energy revolution that Africa and the United States so desperately need. It’s not a fossil fuel revolution, but instead one rooted in clean alternatives that come from the remarkable innovations of people working together.