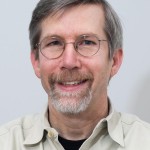 John has a BA from Dartmouth College and a MA from Princeton University. He worked as an international economist for the United Nations Conference on Trade and Development (1978-1981) and the World Health Organization (1981-1982). He directed IPS’s Global Economy Project from 1983-1997. He is the co-author of 10 books and numerous articles on the global economy, including Development Redefined: How the Market Met Its Match (2008, Paradigm Publishers), written with Robin Broad.

What the Nobel Committee Got Right

In calling out corporations for profiting off child labor, Nobel Peace Prize winner Kailash Satyarthi recognized that you can't have peace without justice.

In an obscure World Bank court, a multinational mining firm is suing El Salvador for attempting to protect its citizens from deadly mining pollution.

The Moment for Climate Justice

As global civil society calls for a renewable energy revolution, the U.S. Congress is considering an African energy initiative that leaves the door wide open to fossil fuels.

Responding to Haiyan: A Typhoon Tax

We need a national climate response to match the scale of the Philippines typhoon and the extreme weather happening in other parts of the world.

This commonsense guide to avoiding the fiscal swindle would nearly eliminate the budget deficit while making the United States more equitable, green, and secure.

How to pay for the crisis while making the country more equitable, green, and secure.
Page 1 of 41234»