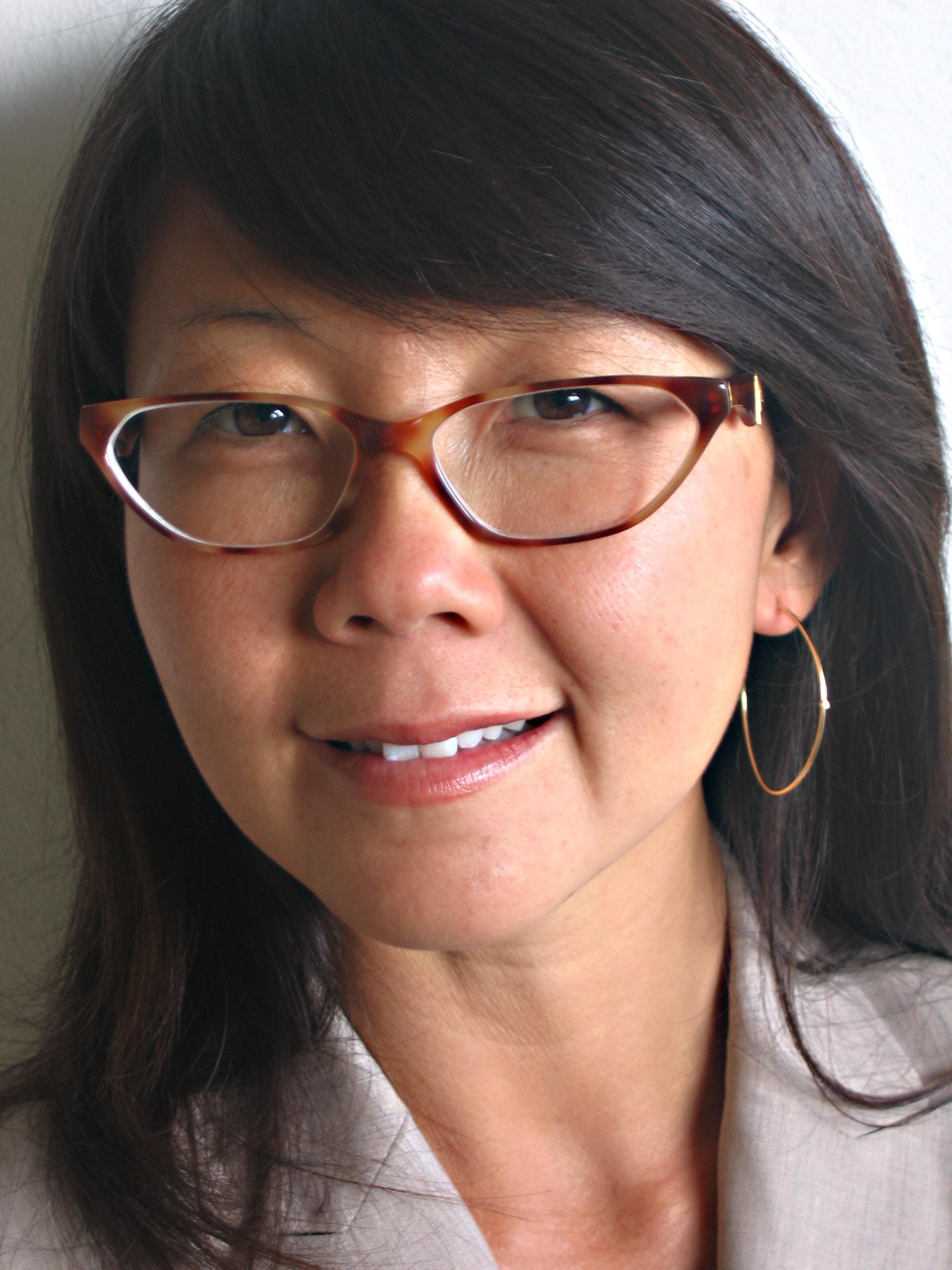 Move the Money, Starve the Empire

At the U.S. Social Forum in Detroit, reports columnist Christine Ahn, a new and powerful antiwar movement came together.
By Christine Ahn | July 1, 2010 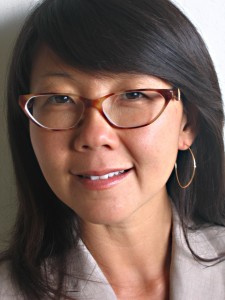 June 26 may have been the last day of the U.S. Social Forum (USSF) in Detroit, but it might very well be the emergence of a more powerful antiwar movement in this country.

The U.S. Social Forum is a meeting place for progressive social justice organizations to discuss issues, strategies, and ideas for building a social movement in this country. The sessions on the antiwar and anti-militarism track made several linkages: between the domestic economic crisis and the bloated military budget, the expansion of U.S. bases and the displacement of farmers and indigenous peoples from their land and livelihoods, and the rise of militarism and violence against women.

We can’t address the economic crisis blighting neighborhoods throughout the United States without moving money away from war. That’s the only part of the national budget not being cut. Organizers at the USSF united two disparate sectors. One is comprised of grassroots base-building organizations with multicultural constituencies working to secure jobs, education, and services. The other includes national peace organizations with mostly white, middle-class membership.

These two groups largely organize separately. But they came together at the USSF because working poor people clearly can’t get the jobs and services they need without challenging military spending. Likewise, peace groups can’t end wars without a broad movement challenging the military-industrial complex.

Mike Prokosch is among the organizers of the 25% Solution campaign in Massachusetts, which aims to cut a quarter, or about $250 billion, from the Pentagon and other military agencies and institutions. The campaign wants to redirect this money to social services, education, and job creation, all of which have been slashed in this era of joblessness and foreclosures.

“The military industrial complex is shaping peoples’ choices and lives,” Prokosch says, referring to the cycle of dependency that military bases and institutions generate in towns in which it dominates the local economy. He points to how Dorchester’s high unemployment (which doubled in the last year), cuts in job training for youth job training programs, and surging dropout rates have fueled the military enlistment rates for the city’s youth. And the only sector of the economy that hasn’t been slashed is the military.

“The more the military base grows the more the cycle of dependency grows,” says Prokosch, who has spent his entire life in the cause of peace. He remains clear-eyed about the odds. After all, he reminds us, the U.S. Empire has been growing for over a century and the defense budget for over 60 years. But he remains hopeful of the potential of a broad base of diverse communities across the country working together to take on the military-industrial complex: “If we want to do this, we we’re going to have to build something larger and more powerful than the military industrial complex that can scare Congress more.”

Barbara Lott-Holland, an organizer with the Bus Riders Union of the Labor Community Strategy Center, describes the tremendous militarization of low-income neighborhoods in Los Angeles. “Our neighborhoods are militarized zones in this country,” Lott-Holland says, “terrorized in the name of the war on drugs, the war on gangs, the war on poverty.” She describes how the United States has the largest prison population in the world, with over 2.2 million in prison, of which one million are black men. “There are more black men in prison than there were during slavery.” Many inner cities today require students to go through metal detectors as they enter the school and have police patrolling the hallways and grounds. “More high schools now look like prisons,” says Lott-Holland, and many classrooms in elementary schools in Los Angeles don’t even have windows. Lott-Holland believes that “this country systematically treats youth as criminals,” monitoring every move of brown and black youth from their schools to their neighborhoods.

Just as money for jobs, health care, education, and housing is going from taxpayer pockets to feed the military-industrial complex, so is the money for foreign military operations being used to displace farmers and indigenous people in every region of the world. Members of the No U.S. Bases movement described how the over 700 U.S. bases around the world have become sites of conflict between American soldiers and the local population. Meanwhile, the United States continues to expropriate land from farmers and indigenous people to expand or build new bases.

One site of resistance is Guam, also known by its indigenous name, Guahan. An unincorporated U.S. territory, Guam is the intended relocation site of 8,000 Marines from Okinawa. Unsurprisingly, the U.S. government didn’t consult the people of the island, a disturbing parallel with the eras of Spanish and Japanese colonialism.

Lisa Natividad of the Guahan Coalition for Peace and Justice explains that the island is very small, only 212 square miles. From top to bottom, the island is 32 miles, and the widest point is eight miles wide. Despite Guam’s small land mass, the United States is still planning to transfer the troops, which will include their families, other military personnel, and the construction of massive infrastructure to accommodate nearly 80,000 people that will occupy nearly 40 percent of the land. According to Natividad, the Department of Defense drafted an environmental impact statement that outlined plans to dredge 72 acres of the reef surrounding the island and reclaiming 2,200 acres of land. “Looking at the legacy of militarism,” Natividad said, “the build-up of the bases will mean worsening health outcomes and shorter lives.” Natividad says there are over 100 Superfund sites on Guam.

Since 2006, Natividad and other women have been informing their community about the impact of this expanded base and drafting comments to be included in the environmental impact assessments. They are also looking to strengthen ties with neighboring islands in Micronesia and in the north, which are also being assessed for occupation and militarization.

U.S. military aid has also been having an impact on the militarization of Colombia and fueling of guerrilla and paramilitary wars. “The history of the Colombian conflict is not separate from U.S complicity,” says Claudia Castellenos, a human rights lawyer from Colombia. Last year, the Colombian government signed an accord with the United States that will permit seven additional U.S. military bases. “The presence of U.S. cooperation signifies the increase militarization,” says Castellenos, “which supports the paramilitaries against the population.” Plan Colombia, the U.S. bilateral aid package that includes military assistance, has coincided with the death and disappearance of thousands of people. Castellanos is working with women’s organizations to establish leadership development schools for their children “because they will decide if they will participate in these wars or not.”

Another potentially strong linkage that emerged was the connection between feminists here in the United States and those working to confront patriarchy and militarism abroad. At a workshop entitled “Transnational Feminist Organizing to Resist Militarism and Empire,” women discussed how militarism is used to rape women, inflict violence on people, contaminate the environment, and strip farmers and peasants of their land and sovereignty. Brazilian feminist Alessandra Ceregetti from the World March of Women, an international feminist grassroots movement, talked about how they promote peace and demilitarization.

Graciela Sanchez of the Esperanza Peace and Justice Center in San Antonio, Texas — home to five U.S. military bases — offers some wisdom on how women might be at the center of organizing against militarism. “We have to learn to do the work as mujeres (women) to change the culture of violence, of war, of hate, of greed toward that of our abuelitas (grandmothers) of love, sharing, compassion, respect, honesty, and truth.”

She also gives a stinging critique of how organizing in this country has been centered and defined by men and by identity politics. “I can’t separate my queer self, my woman self, my working-class-background self, my immigrant-family-from-Mexico self, or my curly-headed self,” says Sanchez. “We can’t separate our identities; we must look at issues holistically and make the connections.”

On the last day of the USSF, several dozens of major antiwar and social justice groups gathered to discuss how to build a powerful movement to counter the military industrial complex. Organized by Peace Action, War Times, and the Beyond Empire Working Group of Grassroots Global Justice, the morning caucus attracted a multicultural, multi-generational, and multi-issue audience representing a broad swath of the U.S. population to continue conversation on how to move the money from war.

“There’s one imperial strategy,” says Gwyn Kirk of Women for Genuine Security, “And people here and around the world are brought in to support empire.” Veterans from Iraq Veterans Against the War also pointed to the need to bring in veterans, soldiers, and their families as they are the ones also directly impacted by unending wars. A resolution submitted to the National Movement Assembly of the USSF to oppose U.S. wars and militarism urged a focus on October 2010 as a month of solidarity actions.

As we took a group photo, we started with the chant, “End the War,” and then realized that our motto was off. We adjusted it to, “End the Empire.”

Christine AhnChristine Ahn is a policy and research analyst with the Global Fund for Women and a Foreign Policy In Focus columnist.