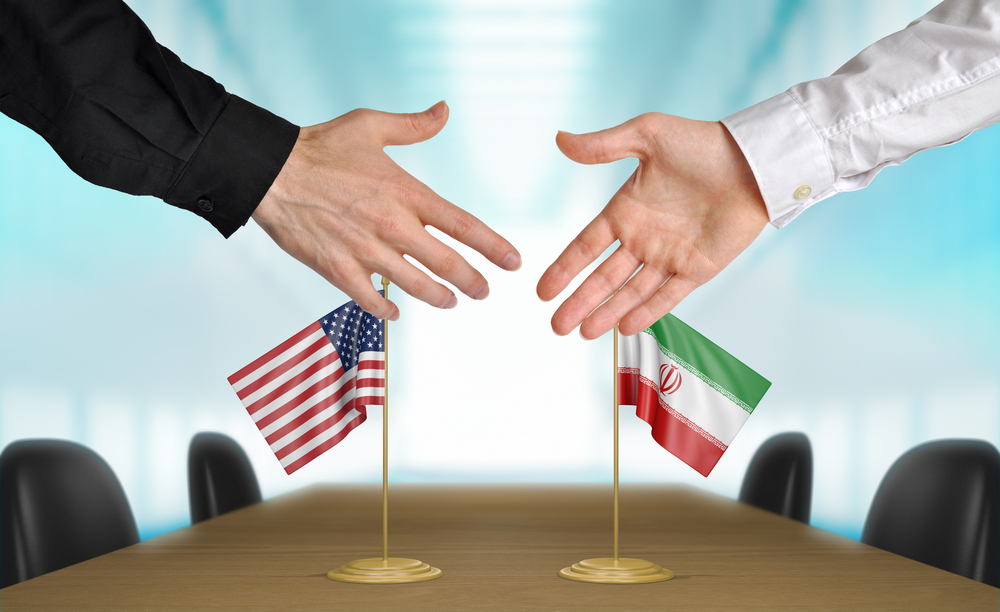 Here's how to ensure that a new agreement isn't so easily cancelled.
By Abolghasem Bayyenat | January 12, 2022

As talks for reviving the Joint Comprehensive Plan of Action (JCPOA), or the Iran nuclear deal, resume in Vienna, it has become increasingly evident that restoring the JCPOA is extremely challenging without ensuring its durability. The developments of the past several years—mainly Trump’s withdrawal from the JCPOA and his pursuit of maximum pressure campaign against Iran, and Tehran’s retaliation by accelerating and expanding its nuclear program to unprecedented levels and dimensions—have rendered this issue all the more relevant and crucial.

Today, the nuclear negotiators have to tackle many thorny issues to come to an understanding on the terms of a return to full compliance with the JCPOA by all parties, especially the United States and Iran. Most notably, these issues include determining the list of sanctions that the United States needs to lift and developing formulas for measuring and verifying their effective removal. The agreement’s failure to prohibit the imposition of new sanctions on Iran for non-nuclear purposes has rendered these tasks more daunting, given the bulk of new sanctions that the Trump administration slapped on Iran. Although these issues pose serious obstacles to reviving the nuclear deal, they pale in comparison to the challenge of developing legal and political mechanisms or guarantees that would allay Iran’s concerns over the abandonment or a major violation of the deal by a future U.S. president.

As such, the main question facing policymakers in Washington and Tehran is how to make sure that the JCPOA, once revived, remains effectively in force for all its parties over its entire duration. Although some U.S. and Israeli politicians call for intensifying economic pressures and military threats against Iran to bring it into conformity with Washington’s line, these tools have proven counterproductive time and again and have led to dangerous mutual escalation in the absence of other favorable conditions. Rather, the best solution lies in strengthening the JCPOA in a manner that would minimize the possibility of defection by the parties.

It is no secret to legal and political experts who follow nuclear nonproliferation developments that the JCPOA should be more balanced in terms of enforcement mechanisms and overall costs and benefits. The history of the past several years has demonstrated that the JCPOA’s built-in imbalance is more of a curse than blessing for long-term U.S. interests and nuclear nonproliferation concerns. By far the most notable manifestation of this imbalance is the failure of this agreement to prevent either Iran or the United States from violating the terms of the agreement and quitting it altogether. Rather than establishing mutual deterrence, the JCPOA built one-sided deterrence against Iran by attaching the threat of the snapback of multilateral and unilateral sanctions against it and automatically triggering its referral to the UN Security Council as a threat to international peace and security should it violate the agreement or withdraw from it.

In contrast to Iran, the United States and other parties to the JCPOA faced no legal or political impediments to walking away from the agreement or otherwise violating it. As such, the only potential deterrent against defection by the United States and other members remained Iran’s nuclear program, which, if accelerated, would raise the costs of non-compliance for these parties. However, the huge power disparity between Iran and the United States and uncertainties about Tehran’s political will and capacity to resort to self-help measures left room for miscalculation and undermined Iran’s unilateral deterrence. This condition was compounded by what I have referred to earlier as the asymmetry of commitments reversibility, or the relative ease and speed with which Washington may snap back its sanctions against Tehran and the arduous and lengthy process of rebuilding its dismantled nuclear facilities by Iran.

This situation is clearly not in the best long-term interests of any JCPOA participant, as the developments of the past several years have demonstrated. Biden administration officials have frequently denounced the Trump administration’s withdrawal as a strategic mistake and as one of Washington’s worst foreign policy decisions over the past decade. All world powers as well as most regional countries, who were once apathetic toward the JCPOA, are now convinced that restoration of the agreement and a return to compliance by all parties is in the best interest of regional peace and security. Today, while Israel’s previous and current top leaders continue to dismiss the JCPOA as a dangerous agreement that paves Iran’s path to a nuclear bomb, many former and some current senior Israeli security officials recognize that the U.S. withdrawal from the JCPOA was a grave mistake that has undermined Israel’s security, and as such have backed the Biden administration’s bid to rejoin the deal.

To correct this predicament and minimize the chances of yet another breakdown of the JCPOA, it’s necessary to build mutual legal and political deterrence into it. Any legal and political procedures that make the violation of and withdrawal from the agreement costly and cumbersome can contribute to this goal. For instance, the negotiating parties could add more domestic and international veto mechanisms in order for a withdrawal decision to become effective. Withdrawal would then require exhausting a rigorous internal review process within the JCPOA, plus the authorization of the UN Security Council and/or the national legislatures of the respective parties. Although these mechanisms could help lock in the parties’ JCPOA commitments by erecting legal and political hurdles against abandoning the deal, devising an international financial compensation scheme for the parties who suffer economic loss as a result of a member’s withdrawal can further raise the costs and lower the benefits of defection for the respective party. Granted, none of these mechanisms provides fail-safe deterrence against future U.S. withdrawal, but a combination of such legal and political procedures, a financial compensation scheme, and the credible threat of Iran’s more drastic nuclear expansion would minimize the chances of this scenario.

Although the absence of effective mutual legal and political deterrence remains the largest threat to the revival and durability of the JCPOA, other issues that diminish the actual economic benefits of the deal for the parties pose a similar challenge to the agreement by undermining popular and elite support for the deal. The record of the JCPOA’s implementation from 2016 to 2018 demonstrates that Iran was not able to fully access the international financial system to conduct its international trade due to lingering U.S. restrictions on Iran’s dollar-denominated transactions and the risks of navigating the legal minefield of what remained of U.S. secondary sanctions on foreign banks and companies. Although the application of these restrictions did not contravene the letter of the JCPOA, it was contrary to the spirit of the agreement.

Similarly, imposing new sanctions on Iran for non-nuclear purposes is not prohibited by the JCPOA as long as they do not nullify the effects of the removal of nuclear-related sanctions. Given other areas of dispute between Tehran and Washington, it is understandable that the US government would not want to give up the weapon of sanctions against Iran in light of their leverage value and their political function to satisfy domestic interest groups and serve symbolic and expressive goals. But these imperatives should be balanced against the far more important goal of nuclear nonproliferation toward Iran. Any new sanctions that erode the economic benefits of the deal for Iran runs the risk of harming the goal of nucler nonproliferation by undermining support for the JCPOA within Iran.

Overall, rather than insisting that the JCPOA be restored strictly in its original form and implemented per its letter, the parties should seek to redress the agreement’s imbalance in regard to its enforcement mechanisms and the delivery of its economic benefits. Failing to address these important deficiencies is likely to push Iran to pursue a far more advanced and unconstrained nuclear capability or trigger a disastrous military conflict with the potential to engulf the whole Middle East region and beyond.

Abolghasem Bayyenat is currently a postdoctoral research fellow at Harvard University’s Belfer Center for Science and International Affairs.  He wrote his doctoral dissertation on Iran’s nuclear policymaking at Syracuse University. His earlier writings can be accessed on his website at www.IranDiplomacyWatch.com