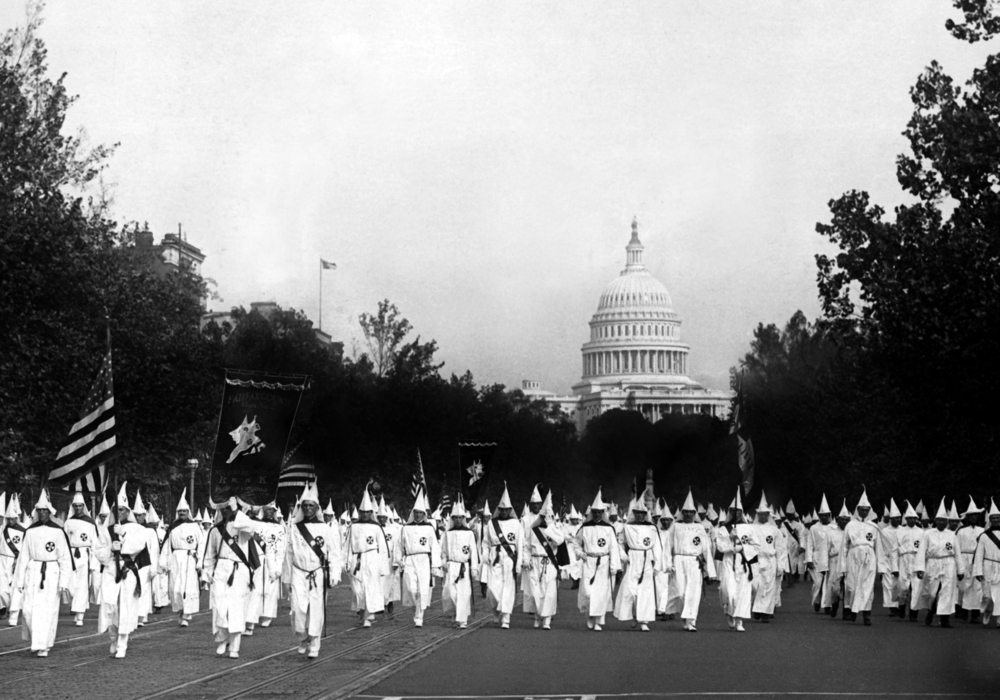 Should We Fight a War on White Terrorism?

There’s a strong argument to shift law enforcement resources from Muslim organizations to domestic white terrorists — but expanding the war on terror is a riskier proposition.
By Harry Blain | August 21, 2019

Although its precise scale is hard to measure, violent white supremacy is clearly a problem in the United States.

From El Paso to Pittsburgh, the fears and fantasies of an immigrant invasion, a liberal Jewish betrayal, and a righteous race war have motivated surgically targeted slaughter. With law enforcement — especially the Federal Bureau of Investigation (FBI) — seemingly more concerned with “black identity” and “animal rights/environment extremists,” our so-called “War on Terrorism” looks more distorted than ever.

Should we be trying to even the score?

Although it is tempting to embrace Senator Elizabeth Warren’s call for white supremacy to be treated as domestic terrorism, any widening of the current, more narrow “war” should be approached with caution. History suggests that repression of these movements may well succeed, but also bring a troubling mix of unintended consequences.

The Old Wars on White Terrorism

The obvious analogue to today is the 1960s. FBI Director J. Edgar Hoover long held that national security was under attack not from the architects of near-daily atrocities in “Bombingham,” Alabama, or from a resurgent Ku Klux Klan, but instead the Black Panther Party and the unruly, allegedly Communist-sponsored “agitators” of the Civil Rights movement.

Hoover had to be cajoled, belatedly, by President Johnson before the FBI promised, in September 1964, to “expose, disrupt, and otherwise neutralize the activities of the various Klans and hate organizations” across the country.

By 1970, 17 field offices were participating in this “counter-intelligence program” (COINTELPRO), which included tried-and-tested methods like the “manipulation of informants, anonymous letters, and friendly press services” to foment conflicts among the leaders of white supremacist organizations. The Bureau even exposed the Jewish descent of the Nazi Party’s Midwest Coordinator.

By most accounts, these typically dirty tricks — honed by their deployment against civil rights leaders — were effective in undermining groups like the Klan.

The story was different when the federal government was confronted with its first bout of “White Terror” after the Civil War. Initially disorganized violence against newly emancipated African Americans solidified quickly into a politically inspired assault on Reconstruction: The Civil War-era Republican Party’s attempt to build something like a biracial democracy in the South.

This embedding of the Klan in respectable society ensured its expansion throughout the late 1860s. Only in 1870, with Ulysses Grant in the White House, and after the harrowing Ku Klux Klan Congressional hearings, did a counter-terrorism plan develop.

By our standards, the Enforcement Acts — passed by Congress in 1870 and 1871 — were relatively tame, focusing, for the most part, on beefing up the newly created federal Department of Justice.

But the third of these acts provided for a true emergency power: The president could suspend the writ of habeas corpus in pursuit of white terror organizations.

Grant, it seems, was genuinely appalled by Klan violence, and did not hesitate to act on his new authority in response to rampant terrorism in South Carolina. Yet resistance to “Bayonet Rule” — including from within his own party — combined with a devastating economic crisis and deepening Republican divisions to leave most of the former Confederacy to the mercy of well-armed “Redeemers” intent on restoring the Old South.

In this, the first American war on white terrorism, the terrorists unquestionably won.

What Can We Learn?

These historical episodes could be interpreted simply: If Ulysses Grant had a J. Edgar Hoover and a COINTELPRO instead of an overstretched army and a reticent Congress, Reconstruction might have had a fighting chance of success. The civil libertarians may not like it, but the only remedy for white supremacy is our strongest possible repressive medicine.

First, would repression actually work? It is not hard to identify people who march around with bedsheets on their heads or swastikas on their sleeves. Navigating the largely online network of the “alt-right” movement is less straightforward: leaderless, dispersed, and rarely traceable to a specific organization.

Second — and much more difficult — could repression backfire?

A combination of old-school and modern methods — infiltration, surveillance, hacking, propaganda — is surely at least capable of disrupting the activities of white terrorist groups. But here the civil libertarians do have a point: Extreme powers used for one purpose can easily be recycled for something else.

Britain passed a Public Order Act to restrict fascist demonstrations, and the government deployed it against communists; the US Congress established a House Un-American Activities Committee with the goal of exposing Nazis, only to turn it overwhelmingly against the left; and France’s Lellouche Law — aimed at hate speech — has more recently targeted pro-Palestinian activists.

Even in supposedly strong democracies, checks and balances have struggled to reverse these repressive cycles. We could boot President Trump out of office and craft a new counter-terrorism law carefully directed at white supremacists, but it will still be interpreted and enforced by Trump-packed courts, an unaccountable national security bureaucracy, and more than a few rogue local law enforcement agencies. The end result is unlikely to be pretty.

The Real Risk of Overreaction

After the El Paso shooting on August 3, the FBI called for a law much like this.

Apparently rooted in common sense, these proposals should be viewed skeptically. The alternative is not necessarily to do nothing, or, as Alexandria Ocasio-Cortez suggested, to offer an olive branch to young men “in the grips of hatred.”

There is a strong argument for reallocating the resources of law enforcement away from mosques, Muslim Student Associations, and games of cricket, and toward the real threats posed by white supremacists. But the last thing we should encourage is an expanded “War on Terror.”