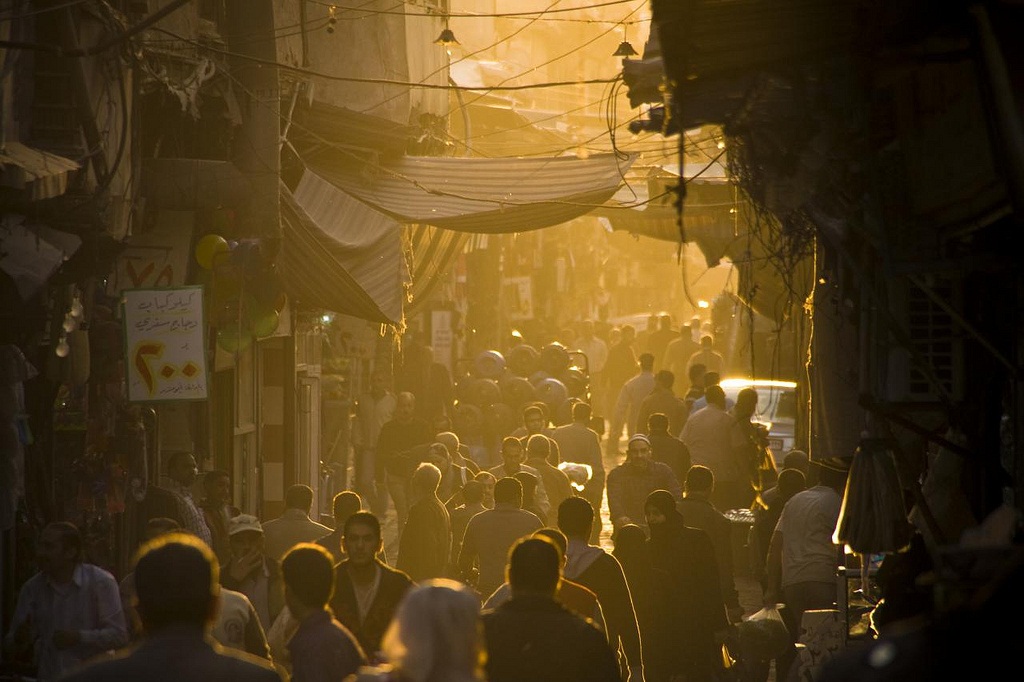 Weakening ISIS requires eroding the support it relies on from tribal leaders, military figures, and ordinary Iraqi Sunnis. Here's how to do it without bombs.
By Phyllis Bennis | September 10, 2014

Originally published in The Progressive.

President Obama is right: There is no military solution to the problem of ISIS. Military actions will not set the stage for political solutions; they will prevent those solutions from taking hold.

The bottom line is there is no immediate action that will make ISIS disappear, even if U.S. airstrikes manage to get the right target somewhere and take out an APC or a truckload of guys with RPGs or whatever.

You can’t destroy an ideology—or even an organization—through bombing (look at the efforts to do so with Al Qaeda: lots of members killed in Afghanistan, but the organization took root in a bunch of other countries).

And arming the so-called “moderate” opposition in Syria doesn’t mean supporting the good guys. It means sending arms to the Free Syrian Army which, according to the New York Times, “went on to behead six ISIS fighters…and then posted the photographs on Facebook.”

A military strike might bring some immediate satisfaction, but we all know revenge is a bad basis for foreign policy, especially when it has such dangerous consequences.

As horrifying as the beheading of the two U.S. journalists was, revenge is never a good basis for foreign policy. We should keep in mind that Matthew Olson, the outgoing head of the National Counterterrorism Center, said last week that “there is no credible information that [ISIS] is planning to attack the United States,” and there is “no indication at this point of a cell of foreign fighters operating in the United States—full stop.”

Instead, we have to recognize that military solutions really don’t work. Have we forgotten the failures of the U.S. wars in the Middle East over these many years?

We need to keep our focus on the medium- and long-term solutions, something not so easy to do in an election year.

We have to recognize that military attacks are not only wrong in a host of ways (illegal in international law, immoral because of civilian casualties, a distraction from vitally needed diplomacy) but also that those strikes are making real solutions impossible.

We have to start by understanding just why ISIS is so powerful.

First, ISIS has good weapons (mostly U.S. and Saudi weapons that have flooded the region for more than 15 years). So we need to start thinking about the need for an arms embargo on all sides.

Second, ISIS has good military leadership, some of it provided by Sunni generals who were kicked out of their positions in the Iraqi military when the U.S. invaded and who are now providing training, strategy, and military leadership to ISIS-allied militias and ISIS itself. These guys are a very secular bunch. They drink and smoke, and they will be unlikely to stick around ISIS if they believe they have any chance of recovering their lost jobs, prestige, and dignity. That could happen over time, but only if a truly new government takes hold in Iraq. It’s not going to be enough to simply choose a new prime minister and announce a new government made up of too many of the same old sectarian faces.

Third, ISIS has support from Sunni tribal leaders—the very people President Obama says he wants to “persuade” to break with ISIS. But these are people who have suffered grievously—first during the U.S. invasion, and then especially under the U.S.-backed, Shi’a-controlled sectarian government of Nouri al-Maliki. They were demonized, attacked, and dispossessed by the government in Baghdad, and many of them thus see ISIS at the moment as the only force they can ally with to challenge that government. And many of them control large and powerful militias now fighting alongside ISIS against the government in Baghdad.

Fourth, ISIS has support from ordinary Iraqi Sunnis, who (being also largely secular) may hate what ISIS stands for, its extremism and violence, but who suffered terribly from the Maliki government’s arrests, torture, extra-judicial executions, and more. As a result they also are willing to ally with ISIS against Baghdad, at least for now.

So, weakening ISIS requires eroding the support it relies on from tribal leaders, military figures, and ordinary Iraqi Sunnis. The key question is how do we do that?

Step One: Stop the airstrikes. Because what we in the U.S. see as “hooray, we got the bad guys” is seen by many in Iraq, especially the very Sunnis the president wants to persuade to break with ISIS, as the U.S. acting as the air force for the Kurds and the Shi’a against the Sunnis. Thus the airstrikes defeat the important goal of ending popular support for ISIS, and instead actually serve to strengthen the extremist organization.

Step Two: Make real the commitment for “No boots on the ground.” In announcements during just the last few weeks, the White House has acknowledged sending close to 1,300 pairs of boots to the ground in Iraq. And who knows how many unacknowledged pairs of CIA and JSOC (special operations forces) sneakers may already be in Iraq? We need a call to “Stop the Slippery Slide Towards Even More Boots on the Ground!” The U.S. must also stop flooding the region with arms that only result in more violence against civilians, and end its policy of ignoring the violations of human rights and international law committed by its allies. We need enforcement of the Leahy Law, which prohibits assistance to foreign military units known to violate human rights, here at home.

Step Three: Organize a real diplomatic partnership to deal with ISIS. Even though the U.S. is carrying out airstrikes and deploying new troops in Iraq, everyone agrees there is no military solution. So diplomacy must have center stage. That means serious engagement with Iran, among other players. Tehran has more influence in Baghdad than Washington does. If we are serious about wanting to encourage the Iraqi government to accept a truly more inclusive approach, joint pressure from the U.S. and Iran holds the best chance. Even though Iran is predominantly Shi’a itself, the country’s leaders are very worried about the instability in their next-door neighbor resulting from the years of Shi’a sectarianism in Baghdad. The U.S.-Iran nuclear talks appear to be moving very well; this is the moment to broaden those talks to include discussion of a real “grand bargain” between the U.S. and Iran, to include all the regional crises.

Step Four: Initiate a new search for broader diplomatic solutions in the United Nations. That means working to build a real coalition aimed at using diplomatic and financial pressures, not military strikes, at the international level in both Iraq and Syria. All the regional governments have their own concerns. Turkey, for instance, knows that joining a U.S.-led military assault on Iraq could threaten the lives of its 49 diplomats and their families now held by ISIS. A real coalition is needed not for military strikes but for powerful diplomacy. That means pressuring U.S. ally Saudi Arabia to stop arming and financing ISIS and other extremist fighters; pressuring U.S. ally Turkey to stop allowing ISIS and other fighters to cross into Syria over the Turkish border; pressuring U.S. allies Qatar, Saudi Arabia, the UAE, and others to stop financing and arming everyone and anyone in Syria who says they’re against Assad. We don’t need another Coalition of the Killing (see Step One for why). Why not work to make it a Coalition of the Rebuilding?

Step Five: Push the UN, despite Lakhdar Brahimi’s resignation, to restart real negotiations on ending the civil war in Syria. That means everyone involved needs to be at the table: the Syrian regime; civil society inside Syria, including non-violent activists, women, young people, refugees, etc.; the armed rebels; the external opposition; and the regional and global players supporting all sides, including the U.S., Russia, Iran, Saudi Arabia, the UAE, Qatar, Turkey, Jordan, and beyond. This could provide a moment to work with Russia on Syria policy, thus building on the successful joint effort to destroy Syria’s chemical weapons and perhaps lessening tensions over Ukraine. An arms embargo on all sides should be on the long-term agenda.

Step Six: Massively increase U.S. humanitarian contributions to U.N. agencies for the millions of refugees and displaced people from both Syria and Iraq. The U.S. has pledged significant funds, but much of it has not actually been made available to the agencies, and more should be pledged and given.​