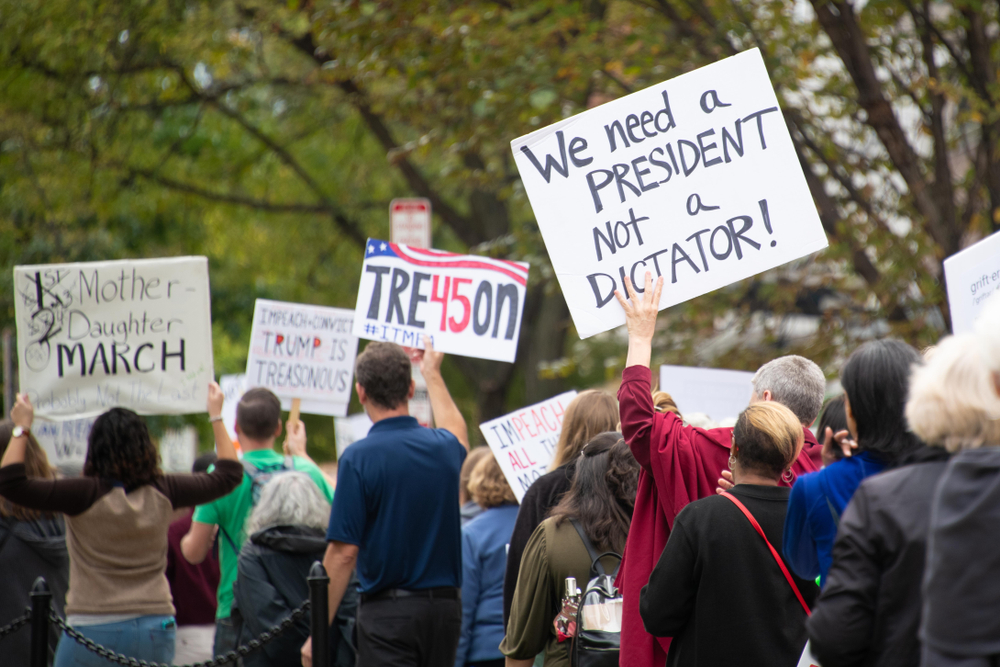 The Conservatism of Impeachment

Impeachment may be necessary, even noble. Yet we don’t need to merely restore our political order — we need to overturn it.
By Harry Blain | December 10, 2019

John Bolton might be the one to save us.

This, it seems, is where the strange spirit of the Trump impeachment has led. Although we receive regular assurances — from members of Congress and respected journalists — that we are witnessing a sober and sacred process, there’s something troubling, on some level, about the parade of foreign policy super patriots lining up to bring the president down.

To be sure, they don’t represent a cabal of Deep State Crypto-Democrats, as some Republicans have suggested. Figures like Marie Yovanovitch, William Taylor, and Fiona Hill seem eminently professional: staid if unspectacular diplomats trying desperately to work under the most erratic of bosses. By Washington’s standards, they also seem refreshingly devoid of partisan motivations — dedicated, above all, to the unenviable task of strengthening U.S.-Ukraine relations.

So, why doesn’t this high-minded constitutional moment feel as satisfying as it should?

Perhaps it’s the sense that the primetime impeachment hearings are missing the multiple women credibly accusing the president of sexual assault. Perhaps it’s the absence of witnesses to his cruelty-as-deterrence policy on the Southern border. Perhaps it’s the transparent investment of his detractors in a more aggressive stance toward Russia.

However, complaints about the shallowness of this impeachment stem from a misleading picture of what impeachment is. Although newspapers, textbooks, and politicians give the impression that this is a truly drastic and dramatic procedure, impeachment is primarily a tool of restoration, not revolution — designed to consolidate, rather than dismantle political power.

Anyone wanting to defeat President Trump’s agenda — and everything it represents — must come to grips with this reality.

As with many features of the American constitution, impeachment has somewhat uglier British origins.

Nearly as old as parliament itself, the legislative power to remove ministers of the Crown grew into full maturity in the mid-17th century. Especially unpleasant characters — such as Archbishop William Laud and the Earl of Strafford, Thomas Wentworth — lost their heads after (in)famous parliamentary trials in the 1640s. These impeachments and executions were defining events in parliament’s wider struggle against King Charles I, which escalated into a brutal civil war, regicide, and the temporary establishment of a British Republic.

The monarchy was eventually restored in 1660 — allowing the British to pretend (in typically British fashion) that nothing too serious happened, just a little “interregnum.” But this fleeting revolution had lasting effects. Aside from the punishing conquest of Ireland and the development of a colonial commercial strategy, the English Civil War made parliament matter, securing its role in taxing, spending, and Cabinet appointments. If any of these prerogatives were challenged by a cocky adviser to the King or Queen, the threat of impeachment sat on the table, locked and loaded.

From this perspective, impeachment could be seen as the ultimate guarantor of popular sovereignty; the last resort of the people when they are faced with an unhinged executive. On the other hand, parliament made no pretense about embodying the will of anyone other than that small sliver of the population superior to the miserable masses, but decidedly inferior to the aristocracy. 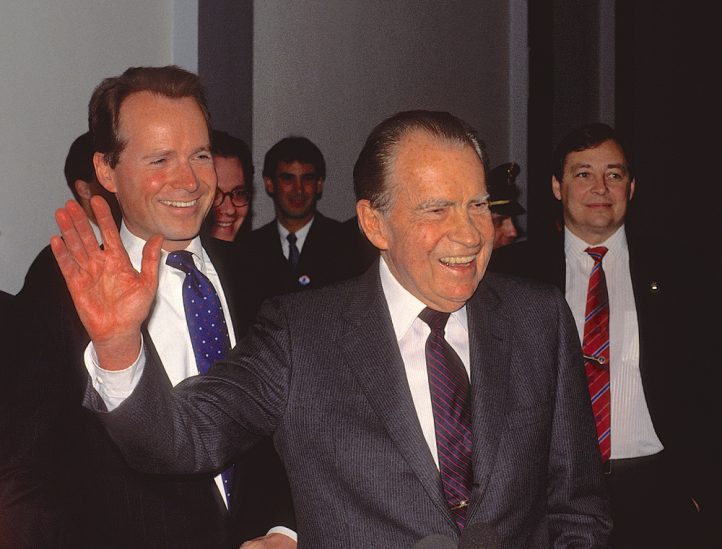 The framers of the American constitution knew their English history, and probably saw impeachment in something like the following terms: Here is an essential mechanism through which parliament could remove corrupt ministers, but some of those executions were grisly and unnecessary.

The Americans settled on impeachment for “treason, bribery, and other high crimes and misdemeanors,” based on an indictment drawn up in the House of Representatives and a trial in the Senate. The punishment meted out by the legislature could “not extend further than to removal from Office, and disqualification to hold and enjoy any Office of honor, Trust, or Profit under the United States.”

On the rare occasions that these provisions have been used against presidents, they have included peculiarly narrow charge sheets.

Andrew Johnson was indicted for firing his War Secretary in violation of a congressional statute, not for his avowedly racist sabotaging of Reconstruction in the aftermath of slavery and the Civil War. Nixon went down for obstruction of justice, not for the flagrantly illegal and appallingly destructive bombing of Cambodia. Clinton nearly fell to infidelity, not near-“genocidal” sanctions imposed on Iraq.

The Nixon case helps to explain the pattern.

Then, the first impeachment resolution put to the House came in July 1973 from Representative Robert Drinan. The core thrust was Cambodia: the small, agrarian, neutral country that Nixon and his National Security Adviser Henry Kissinger had covertly demolished four years earlier in “Operation Menu.” Their crime wasn’t just the irreparable harm done to Cambodia, but also the lengths they went to in disguising the plan, including the falsification of Air Force records to make it look like the bombs had been dropped on Vietnam.

“Morally,” House Speaker Tip O’Neill later wrote. “Drinan had a good case… But politically, he damn near blew it. For if Drinan’s resolution had come up for a vote at the time he filed it, it would have been overwhelmingly defeated — by something like 400 to 20. After that, with most of the members already on record as having voted once against impeachment, it would have been extremely difficult to get them to change their minds later on.”

In short, our country’s most heroic impeachment imparted a simple lesson to future presidents: If you conduct your illegal wars politely and with sufficient bipartisan approval, you will be fine. If you resist congressional subpoenas, that’s a step too far.

With this historical perspective, we can view the current process with more equanimity.

In the unlikely event that Trump is removed from office, it will be for his crimes against the political establishment, not those visited on everyone else.

This might still mean that impeachment is necessary, desirable, and even faintly noble. Abuses of power ought to be punished, no matter who they ultimately damage — and there would be something fitting about the Trump presidency collapsing, pathetically, after an indictment, prosecution, and trial conducted by both chambers of the United States Congress.

In such a scenario, our sacred system of government will be celebrated. But how much of this system truly warrants our praise? Certainly, we cannot take for granted its real protections against one-man tyranny, or its impressive durability.

Yet in bringing down the extreme human embodiment of its failures, we risk forgetting about their persistent causes. Thinly disguised corruption, chronic resistance to change, addiction to a costly and lethal war machine — all, in their own way, helped bring us to this point.

We don’t, in other words, have a pressing need for the principal pay-off of impeachment: Restoration. We need something much closer to revolution.