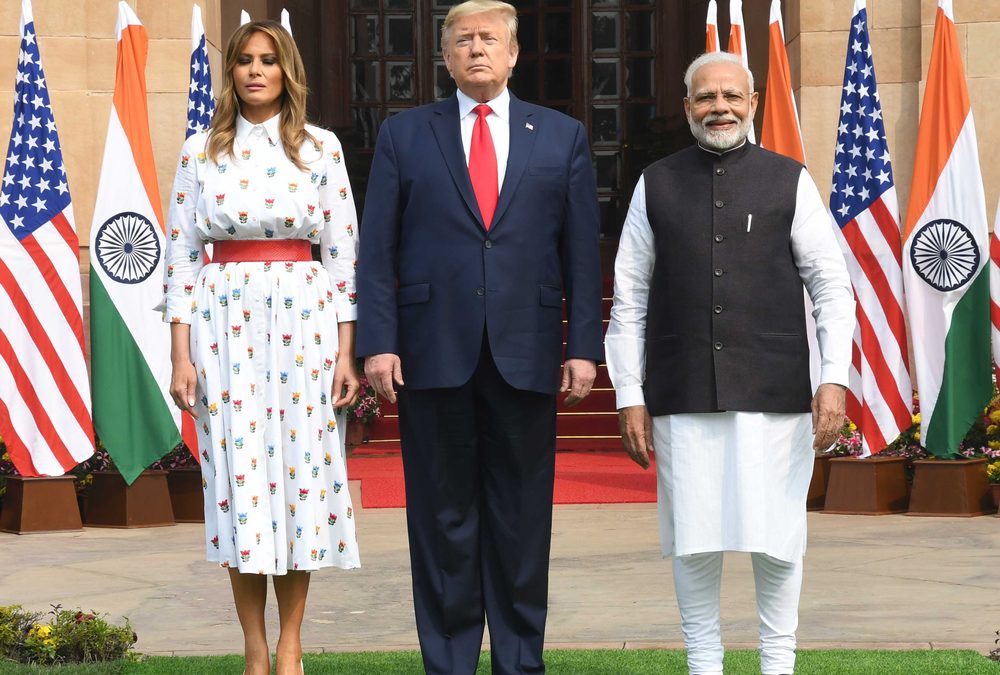 The Fossil Fuel Industry Is Lining Up Behind Far-Right Authoritarians

This article was jointly published by In These Times and Foreign Policy In Focus.

This March, the leading global consulting firm IHS Markit held its CERAWeek conference, billed as the ​“world’s premier energy event” bringing together the ​“Who’s Who list of the global energy industry.” The conference’s keynote speaker and recipient of the Global Energy and Environment Leadership Award was Indian Prime Minister Narendra Modi.

You can’t make this stuff up.

Recently, I wrote an article titled ​“Fossil-Fueled Fascism,” on the fossil fuel industry’s financial and political support for the far-right wing of U.S. politics. But the industry’s open support for these dangerous politics is clearly not confined to one country.

The fascist movement in India

Modi belongs to the Bharatiya Janata Party (BJP), which is openly acknowledged—including by BJP officials — as the political arm of an organization called the Rashtriya Swayamsevak Sangh (RSS).

The ideological ties between the RSS and European fascism go all the way back to the early days of the RSS in the 1920s and 30s, as I’ve documented in detail earlier. This isn’t just a historical footnote — it took almost 70 years for the RSS to distance itself from the openly fascist views of its early leadership.

Even if one were to give IHS Markit the benefit of the doubt for not knowing Indian history from almost a century ago, there are plenty of recent developments they should have been aware of — or else were perfectly willing to overlook.

In the year and a half since being reelected in 2019, the Modi government has moved with terrifying speed to turn India into a theocratic, ethnonationalist Hindu nation. In the northeastern state of Assam, it has started a citizenship register to determine who is a ​“legitimate” Indian citizen that pointedly excludes Muslims and the transgender community. The people who’ve been made stateless in their own land are being held in concentration camps.

Elsewhere, in the strife-torn Muslim-majority region of Kashmir, the BJP government has unilaterally escalated an ongoing conflict by scrapping Article 370 of the Indian Constitution and unleashing horrific human rights abuses under cover of the longest internet shutdown ever in a nominally democratic country.

The systematic exclusion of Muslims from equal rights in India became much more blatant with the passage of the Citizenship Amendment Bill, which gave selective naturalization rights to non-Muslim migrants from neighboring Muslim-majority countries.

This assault on human rights in BJP-ruled India has also extended to Dalits and Adivasis (people from the lowest Hindu castes and Indigenous peoples, respectively), political activists, and journalists whose reporting questions the government’s version of truth. Particularly horrifying is the impunity with which predominantly upper-caste Hindus have raped and murdered Dalit women — acts of violence that have grown unnervingly common in India. 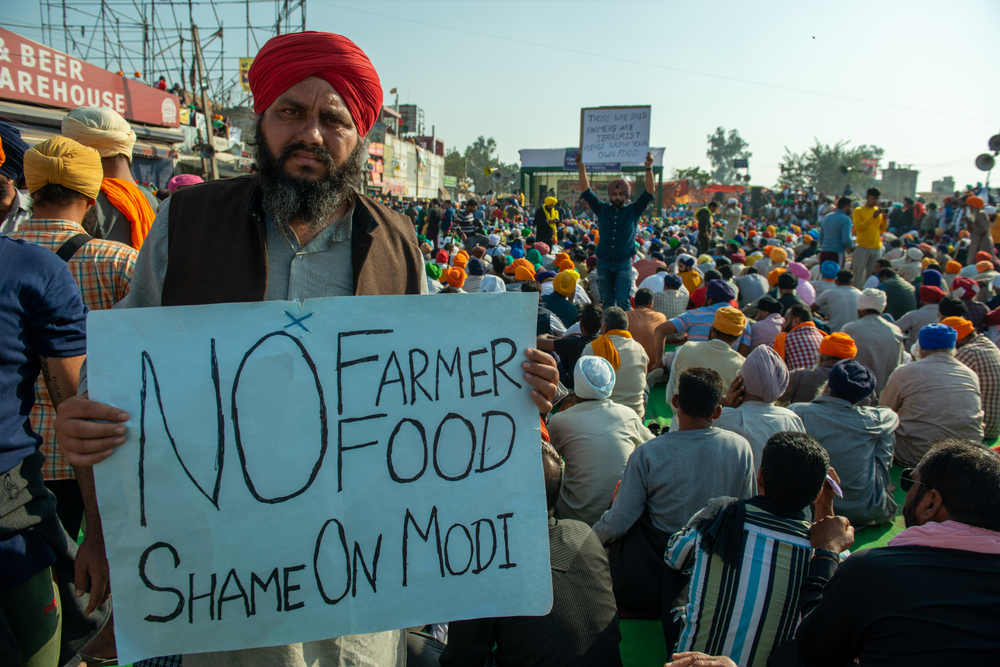 All of this was before the Indian farmers’ revolt.

Indian farmers are protesting against three laws that change the agricultural procurement system in India, giving corporate agribusiness greater power to depress prices and impose unfavorable terms. This is especially concerning because of the very close political ties between the ruling BJP and large corporations.

As much as 43 percent of India’s labor force works in the agricultural sector — enough to make the farmers’ movement the largest protest movement in human history.

The BJP government’s response to the farmers’ protest is consistent with their approach to all protest and dissent: persecution of activists working in solidarity with the farmers, attacks on journalists covering the demonstrations and violent repression of the protests themselves.

None of this could possibly be unknown to CERAWeek organizers. Why then did they choose to honor the leader of a totalitarian state who’s tightening his grip on a country home to one sixth of the world’s population?

India as an extractivist, fascist state

To understand the possible motives for a fossil-fuel consulting firm to fête the head of a fascist régime at its annual energy industry event, we need to examine the corporate ties of the BJP.

Key among these are the close relationship the BJP (and Prime Minister Modi personally) has with Gautam Adani, founder and head of a huge business conglomerate with interests in a wide array of industries that include coal, natural gas, and fossil-fueled utilities. His company has a very questionable human rights and environmental record of its own, in India and internationally.

The company’s planned Carmichael mine in Australia has become very controversial. It is an assault on traditional sacred lands of the Indigenous Wangan and Jagalingou peoples, and will be disastrous for the earth’s climate and for access to scarce water in drought-affected Queensland.

This isn’t just about the tight-knit relationship between the BJP government and one powerful billionaire. The BJP government is pursuing a supremacist political project that includes a ​“nationalist” claim on land and resources, to the detriment of Adivasi peoples and other traditional communities. Political and policy support for fossil fuel extractivism is a core part of this agenda.

As an illustrative example, the government announced an auction of blocks of land for expanded coal mining in 2020, without the consent of the Adivasis and other local populations. More than 60 percent of the blocks have a majority Adivasi population. Unsurprisingly, the Adani Group is a leading bidder in this auction.

The government claims that expanded coal production resulting from the auction will boost ​“self-reliance” — a possible prelude to characterizing opposition from the Adivasis and other impacted communities as acts of sedition. The Modi government is adept at labeling opposition to their agenda seditious, as their recent attacks on journalists and activists show.

What’s more, the government has already engaged in a systematic smear campaign to link Adivasi-led protests against resource extraction to ​“terrorism.”

The fossil fuel industry’s reliance on governmental subsidies and bailouts on one hand — and on ruthless state power to overcome opposition to their polluting activities on the other — is a longstanding, worldwide phenomenon.

This is true of the United States, where the industry has provided financial and political backing to extremist right-wing politics, and has benefited from (or stood to benefit from) crony capitalism in the form of deregulation, bailouts, and draconian laws criminalizing peaceful protest.

In India, we’ve seen how a fossil fuel billionaire has helped Modi’s rise to power, and how the industry as a whole has gained from his government’s policies. And in countries like Saudi Arabia, the separation between big oil and authoritarian government doesn’t exist at akk. They’re one and the same.

As climate change intensifies and global opinion turns more and more against fossil fuels, the industry will resort to increasingly desperate measures to survive, including backing outright fascists who support their agenda. We need to dismantle this industry — with a just transition for the workers it employs and communities it buttresses — not just for the survival of our planet but global democracy as well.