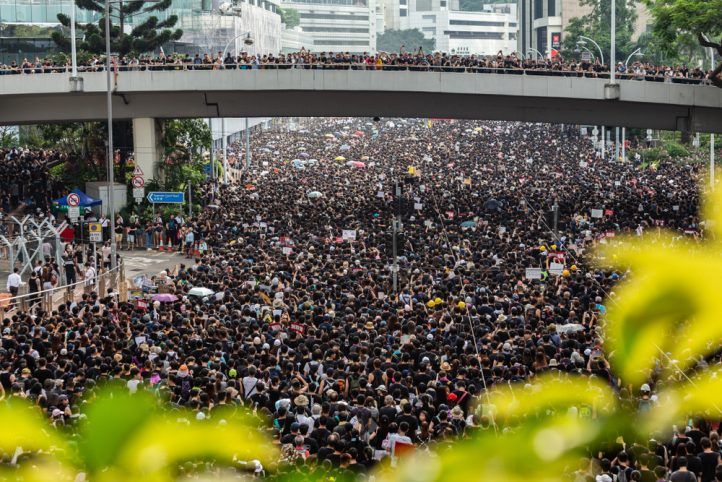 The NBA has gotten itself into a bit of a situation.

On October 4, acclaimed Houston Rockets general manager Daryl Morey tweeted in support of the continuing protests in Hong Kong. His simple, two-sentence tweet (which has since been deleted) has prompted an unlikely controversy.

The owner of the Rockets, Tilman Fertitta, quickly denounced his general manager’s tweet, saying it does not speak for the organization and emphasizing that the Rockets are, resoundingly, not a political organization.

Why did Fertitta condemn his own manager? The replies to his tweet offer a clue.

Nearly all come from Chinese nationals warning that if Morey isn’t fired, the Rockets will lose the entire Chinese market. Fertitta himself may agree, as evidenced by his liking Instagram comments calling for Morey’s ouster. Reports suggest the Rockets have internally discussed this option.

Firing one of the most successful general managers in the NBA over the past decade may seem absurd. But the Rockets are the most popular NBA team in China — and, as many businesses have found, that market share can put a lot of pressure on political speech well outside of the country.

By now the Rockets have lost business deal after business deal in China, drawn a condemnation from the Chinese consulate in Houston, and jeopardized their status in the country.

The NBA hasn’t exactly been supportive of Morey either. In a bland statement, Commissioner Adam Silver offered only very tepid backing.

In an especially disappointing statement, superstar LeBron James seemed to suggest Morey — who has been doing business in China for over a decade — was “misinformed” about the situation in Hong Kong.

American politicians from across the spectrum, on the other hand, have been much more supportive.

Yet this groundswell of support from American politicians will likely only inflame the critical response from China.

China has long been attempting to regulate foreign free speech via economic pressure.

Many movie studios, like Disney’s Marvel outfit, have altered scripts to prevent films from being boycotted in the Chinese market. Google has repeatedly censored its searches to appease the Chinese government, while Twitter has suspended accounts which are critical of China.

This pattern extends even further. China’s government often pays Chinese student associations on college campuses to boost Chinese state visits — and to criticize any sentiment seen as anti-China. In many cases, the Chinese government has harassed even non-Chinese academics who criticize the state.

Among major sports leagues, the NBA often brands itself as the most woke. LeBron James has consistently stood up for the Black Lives Matter movement, and once called President Trump a “bum.”

But the league has long been happy to take Chinese money and sponsorships, especially since Yao Ming was drafted by the same Houston Rockets years ago. And progressive politics hardly dominate there besides — Tilman Fertitta has even proclaimed his support for Trump’s policies.

Still, the obvious prioritization of commercial ties with a government that’s attacking demonstrators in Hong Kong and putting millions of ethnic Uyghurs in concentration camps is a damning statement about what the league — and the economic system it operates in — truly values.

Brian Wakamo is a researcher on the Global Economy Project at the Institute for Policy Studies.