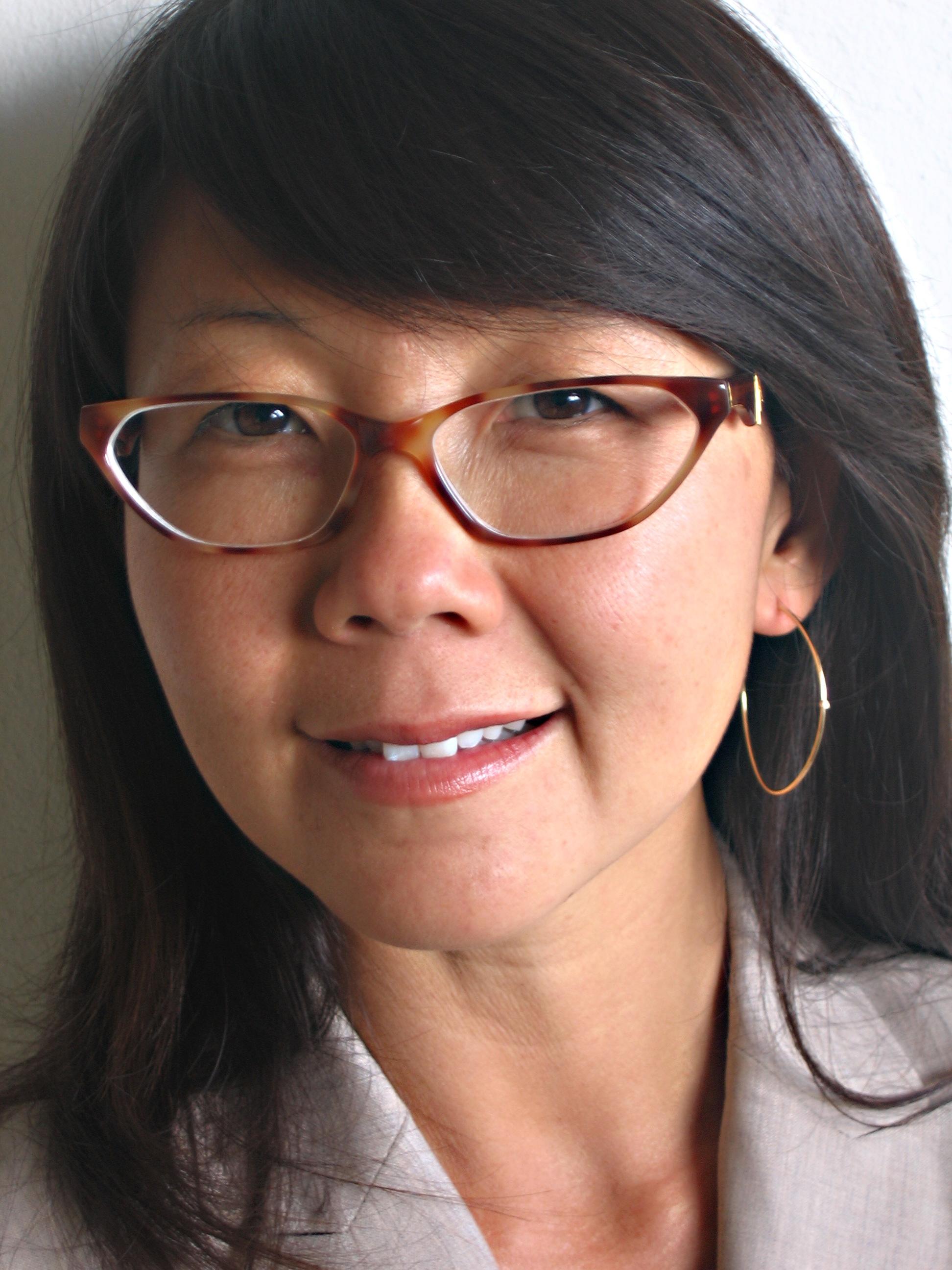 The State of the World’s Women

On the 100th anniversary of International Women's Day: the good, the bad, and the potentially ugly.
By Christine Ahn, Anasuya Sengupta | April 1, 2010 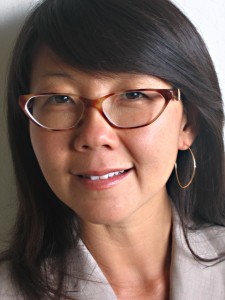 It’s a year of anniversaries for the global women’s movement, but not necessarily a year of good news for women globally. International Women’s Day, begun in Copenhagen at an international socialist gathering where women pledged to achieve universal suffrage, was celebrated for the 100th year, while the Convention on the Elimination of All Forms of Discrimination Against Women (CEDAW) is in its 30th year. To date, 189 countries have signed CEDAW. The United States, Iran, and Sudan are among those who have yet to ratify or sign it.

It has also been 15 years since the historic World Conference on Women in Beijing, where the world’s governments united to advance the Platform for Action (PFA), a document that lays out clear targets to achieve gender equality. Earlier this month, the United Nations held the 54th Commission on the Status of Women (CSW), an annual meeting of government ministers to assess how women are faring in their countries. The CSW is an opportunity for women’s groups to network with one another, lobby their ministers, and hold their governments accountable for women’s rights at an international forum.

So how are women faring since 1995? There have been limited or uneven achievements, and very limited state accountability to the commitments made in Beijing, according to the UN Secretary General report. And the achievements made haven’t really translated into significant, sustained changes in the lives of women. During the UN review, Secretary General Ban Ki-Moon reaffirmed the importance of the Beijing Platform for Action, which had “sent a clear message to women and girls around the world that equality and opportunity are inalienable rights.”

Because of inadequate resources directed towards maternal care or restricted access to reproductive health services, according to statistics compiled by the UN Development Program (UNDP), a woman dies every minute from complications due to pregnancy or childbirth. Of all the Millennium Development Goals — the world’s global compact to eradicate poverty — global efforts to reduce maternal death have made the least progress. Half of the people living with AIDS are women. In sub-Saharan Africa, women are 60 percent of those living with HIV.

In 1995, through the Platform for Action, countries set a target of having their elected officials be 30 percent women. We are far off that mark. Women are still grossly under-represented in political office: The global average of women holding office is just 18.6 percent. Only 39 countries have reached the 30 percent target, according to the UN Development Program. According to figures released by UN women’s agencies, by the start of 2009, 31 women had assumed the highest positions in the world’s parliaments (like Nancy Pelosi as House speaker). By this time last year, 15 women were heads of state, out of almost 200 countries.

Another major disappointment in reviewing the Beijing Platform for Action was in the area of ensuring women’s leadership at the peacemaking table and in the peace building process. Three major Security Council resolutions (UNSC 1325, 1820 and 1888) in the past decade have sought greater women’s participation and addressed sexual violence as security concerns. However, according to UNIFEM, of the 10 major peace processes of the past decade, on average, only 6 percent of negotiators and only 3 percent of signatories were women.

Women’s economic rights are still a major area of concern. Although women are now participating more in the workforce — comprising 40 percent of all paid workers outside of agriculture — two-thirds of them are working either as self-employed workers or as unpaid family workers. Eighty percent of women in South Asia and sub-Saharan Africa work in the informal sectors, which make them very vulnerable in this global economic crisis. While the migration of women workers has increased, both within and across regions, the lack of physical, social, and financial security also increases their vulnerability.

Governments aren’t doing enough, given these continued challenges. Although the draft CSW resolution recognized that the implementation of the PFA “is essential to achieving the internationally agreed development goals, including those contained in the Millennium Declaration,” it wasn’t strong enough. According to Inter Press Service journalists covering the gathering, “The first blow for women at this CSW came in the form of the rather weak negotiated outcome document released by governments. This step, on the part of governments, sucked the energy of what women felt was a space to advance women’s rights.”

The CSW meeting in New York wasn’t a complete downer. For one, although not a world conference, this was the largest gathering of women activists representing a wide swath of the global women’s movement. Over 8,000 people attended the two weeks of activities, a record for the CSW.

Furthermore, there was immense energy around the GEAR campaign (Gender Equality Architecture Reform). This is an effort by over 300 women’s organizations, led by a core group that includes the Center for Global Women’s Leadership and Women’s Environmental and Development Organization. The goal of the GEAR campaign is to create one super woman’s agency, headed up by an under-secretary-general, that unites four existing separate women’s agencies: the Department on the Advancement of Women (DAW), UNIFEM (the program arm), INSTRAW (the research arm), and the Office of the Special Advisor on Gender Issues (OSAGI). Having four separate organizations fragments coordination on advancing women’s rights within the UN and on the ground — an under-secretary-general would ensure a strong and persistent voice representing women’s rights at the decision-making table. This attempt at consolidation has been gaining momentum over the last few years. During Ban Ki-Moon’s inaugural speech, the GEAR campaign held up a banner that said, “Gear Up Now!” which received a wave from the secretary general and a round of applause from everyone else. The GEAR campaign received additional political support from Secretary of State Hillary Clinton on the last day of CSW: “Here at the United Nations, a single, vibrant agency dedicated to women run by a strong leader, with a seat at the secretary general’s table, would help galvanize the greater levels of coordination and commitment that the women of the world deserve.”

In another signal of potentially good things to come, Clinton promised that “the Obama administration will continue to work for the ratification of CEDAW.” Clinton reaffirmed the Obama administration’s linking of women’s security with national security: “President Obama and I believe that the subjugation of women is a threat to the national security of the United States. It is also a threat to the common security of our world, because the suffering and denial of the rights of women and instability of nations go hand in hand.” However, the State Department may be marginalized in bringing up the ratification of CEDAW in the realm of national security concerns. Given that its pursuit will probably run into political opposition from Republicans and others in Congress, the already beleaguered Obama administration is unlikely to pursue ratification at this moment, even if it supports it in principle.

As the global women’s movement presses the United Nations and national governments to recognize the commitments they made in Beijing and elsewhere, women must be vigilant about how they’re deployed in the service of militarism and neoliberalism.

Although inspiring, Clinton’s speech also contained some troubling elements, including the assumption that merely substituting female soldiers for male soldiers makes a U.S. military occupation of another country more acceptable for the women of that country. Clinton lauded the Obama administration for working to include women “at every step in securing and rebuilding” Afghanistan, including sending all-women teams of U.S. Marines to go into the homes of Afghan women to assess their needs. U.S. Marines — whether they are women or men — possess weapons, power over civilians, and are still foreigners on the Afghan peoples’ soil.

Another challenge for the global women’s movement is the way in which women are being used to advance neoliberal objectives. As Lydia Alpizar Duran, executive director of the Association of Women’s Rights in Development, testified during the CSW, a new discourse on investing in women and girls as “agents of change” and “economic actors” presents a challenge for the women’s movement. Many new reports, such as the World Bank’s 2007 Gender Action Plan, recognize women’s central role in development and in the economy. But Duran warns of powerful economic institutions “that are now finally interested in recognizing women’s economic contribution and power (and in taking advantage of women’s increasing purchasing power in some countries) in services of the current financial and economic system.”

Although the women’s movement around the world has made enormous progress, we must not lose sight of our original goals — to challenge the underlying structures, systems and cultures that create unequal relations. Our vision for women’s rights can only be truly fulfilled in a just and equitable world for all.