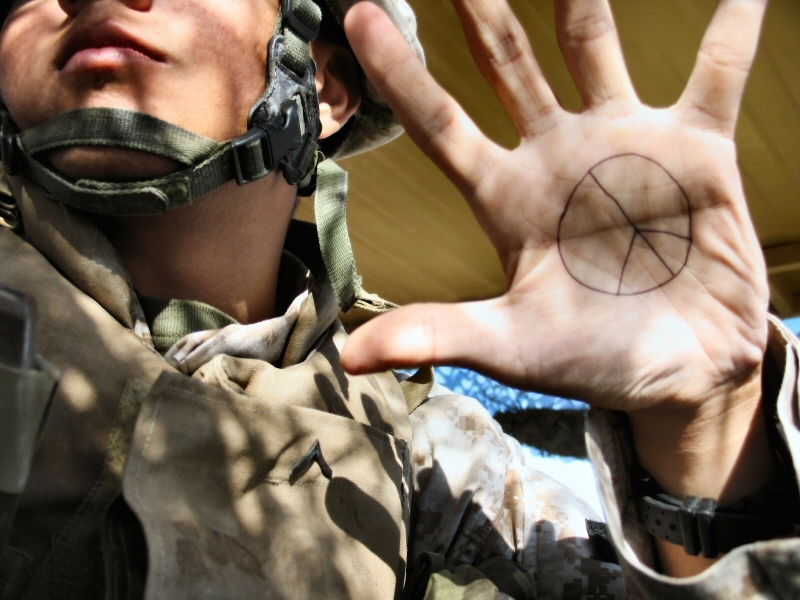 The U.S. response to the latest violence in Iraq makes is more likely to exacerbate the conflict than to solve it. (Photo: Jayel Aheram / Flickr)

Don’t Go Back to Iraq!

This is how wars begin.

Barack Obama says we’re not going back to Iraq. “American forces will not be returning to combat in Iraq,” he said on June 19th, “but we will help Iraqis as they take the fight to terrorists who threaten the Iraqi people, the region, and American interests as well.”

The White House says it’s “only” sending 275 soldiers to protect the embassy, it’s only sending 300 Special Forces, they’re only “advisers.” There’s only one aircraft carrier in the region, they say, and a few other warships. They’re considering missile strikes but they’re not going to send ground troops.

Iraq isn’t a start-up war for the United States—we’ve been there before. And these actions increase the danger we could be heading there again. We thought we had a president who learned the lesson, at least about Iraq—he even repeats it every chance he gets: “There is no military solution.”

Iraq is on the verge of full-scale civil war along the fault lines set in place when U.S. troops invaded and occupied the country more than a decade ago. We need to demand that our government do five things right away:

First, do no harm. There is no military solution in Iraq—so end the threats of airstrikes, bring home the evac troops and Special Forces, and turn the aircraft carrier around.

Second, call for and support an immediate arms embargo on all sides. That means pressuring U.S. regional allies to stop providing weapons and money to various militias.

Third, engage immediately with Iran to bring pressure to bear on the Iraqi government to end its sectarian discrimination, its violence against civilians, and its violations of human rights.

Fourth, engage with Russia and other powers to get the United Nations to take the lead in organizing international negotiations for a political solution to the crisis now enveloping Iraq as well as Syria. Those talks must include all sides, including non-violent Syrian and Iraqi activists, civil society organizations, women, and representatives of refugees and displaced people forced from their homes. All relevant outside parties, including Iran, must be included. Building on the success of the ongoing nuclear negotiations with Iran, Washington should continue to broaden its engagement with Tehran with the goal of helping to bring the Syrian and Iraqi wars to an immediate end.

Fifth, get help to the people who need it. The Iraq war is creating an enormous new refugee and humanitarian crisis, escalating the crisis of the Syrian war, and spreading across the entire region. The United States has pledged one of the largest grants of humanitarian aid for refugees from Syria, but it is still too small, and much of it has not been paid out. Simultaneously with the announcement of an immediate arms embargo, Washington should announce a major increase in humanitarian assistance for all refugees in the region to be made immediately available to UN agencies, and call on other countries to do the same.

This is how wars can be stopped.