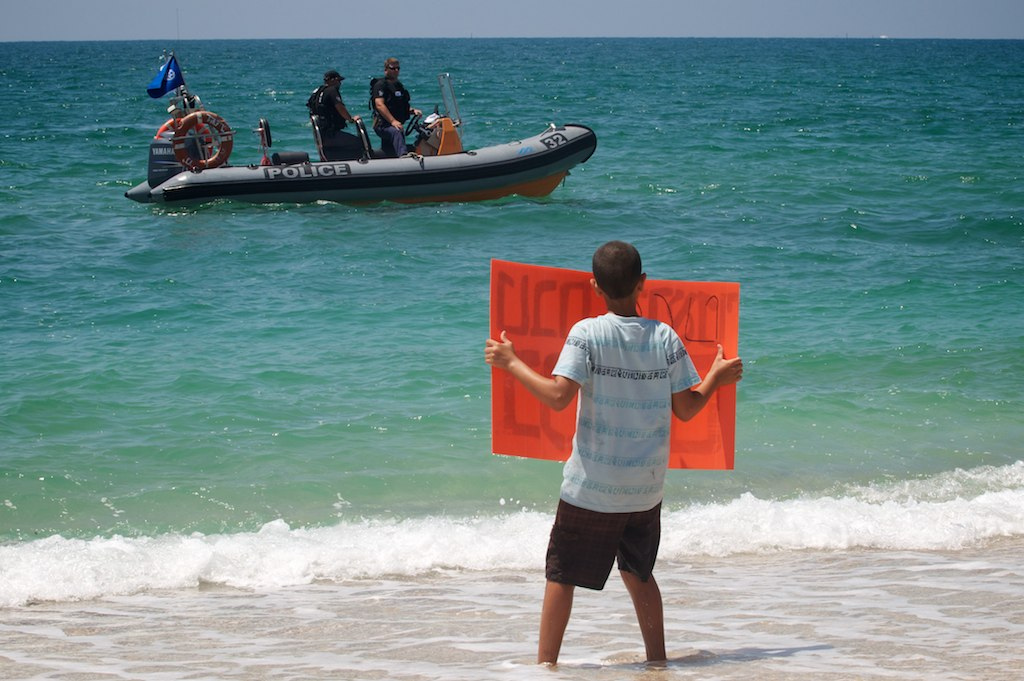 Wars Come and Go in Gaza, But Economic Violence Is Every Day

Don't wait for the next massacre to start calling out the more insidious violence Palestinians suffer every day.
By Harry Blain | June 8, 2018

This was one of the many objections I faced during a recent attempt to secure support for a petition condemning the 12-year siege of Gaza. While it seemed honest, it was also probably influenced by a time-honored propaganda tactic: the celebration of Israel’s economic and technological achievements in everything from renewable energy to its “startup ecosystem,” as opposed to the stagnation, corruption, and cronyism of the Arab and Muslim world.

Few proponents of this narrative put it quite as bluntly as “the cool kid’s philosopher,” Ben Shapiro, did in 2010. “Israelis like to build,” he wrote on Twitter. “Arabs like to bomb crap and live in open sewage. This is not a difficult issue. #settlementsrock.”

All the same, there seems to be something inherently appealing about supporting a country that has “made the desert bloom.” Who can argue with the basic facts? Rationing of oil and food existed in Israel as late as the 1960s; now it boasts “the highest density of startups of any country in the world.” From 1986 to 2016 its GDP grew by 180 percent. Its unemployment and debt-to-GDP figures make some developed nations look like banana republics.

Compare this with the miserable spectacle of an Egyptian economy 40 percent controlled by its armed forces, a Saudi “rentier state” sustained by a slave-like, mostly South Asian underclass, or a growing casualty list of failed Iranian development plans and vision documents. Not to mention the Palestinians, whose leaders have often done an impressive job of squandering and misusing large sums of foreign aid money, or paying civil servants not to work as long as they belong to the right political faction.

In a broad sense, these were the points raised by the man who didn’t like my petition. And, like any good political operative, I dodged them: the only question on this piece of paper, I said, is whether we should defend — with our tax dollars and national diplomatic representatives — the self-proclaimed right of the Israeli military to shoot and kill non-violent protesters.

But, notwithstanding my attempt to stay “on message,” the economic questions do have to be answered. For one thing, they have significant political implications, lying at the heart of Israel’s national mythology since at least the late 19th century, when early “Labor Zionists” committed themselves to “redeeming the soil” through agricultural settlements in Palestine.

In a more concrete way, “the economy” is not — and never should be — a purely academic curiosity. As our material foundation, it is capable of broadening, constraining, stimulating or destroying the possibilities of human life. It is at the core of our daily struggles and advances. Understanding its dimensions in Israel/Palestine, therefore, is essential to understanding what we vaguely call “the Arab-Israeli conflict.”

Thankfully, despite what some officially-anointed “experts” tell us, the general picture is not particularly complicated.

Israel’s economic development has been remarkable, and much of it has been driven by the ingenuity of its citizens — but it helps when American aid reaches above 10 percent of your GDP in times when you really need it.

It helps too when you have full control over your borders, airspace, roads, water, schools, and electricity. When you don’t have to worry about well-armed, hostile colonists routinely setting fire to your olive trees. When you can go fishing without being shot, threatened, or humiliated by a professional national navy. When you can drink clean water, or plant in clean soil. When your imports and exports are not subject to the arbitrary restrictions of a government whose ministers openly support your mass expulsion.

Many of these inhuman and degrading conditions apply to everyone living in the occupied Palestinian territories. But they are uniquely crushing to the people of Gaza.

Although Palestinian leaders — both in Hamas and Fatah — are far from guiltless, it takes a heavy dose of intellectual casuistry to deflect blame from the de jure and de facto occupying power. Gaza’s economic catastrophe is not caused by a lack of entrepreneurial spirit or some politicians who can’t keep their hands out of the till. It is caused by an occupation regime that has embraced New York Senator (and, incredibly, now Senate Minority Leader) Chuck Schumer’s call to “strangle them economically.”

This strangulation has ranged from sinister calculations of near-but-not-quite starvation levels of daily caloric intake for Gaza, to more mundane but equally humiliating micromanagement of Gaza’s eggplant and tomato exports. Its primary consequence is what Harvard’s Sara Roy calls a “demeaning dependence on humanitarian aid” for at least 1.3 million Gazans (70 percent of the strip’s population).

And this is really the central point about the relationship between the economy and the conflict: it’s not a question of GDP per capita, aggregate growth, or even the unemployment rate. As any political scientist will not hesitate to tell you, there are too many poor people and not enough wars in the world to sustain the idea that poverty causes war.

In this sense, Gandhi’s often-quoted claim that “poverty is the worst form of violence” might not be an empirically sound one. But what we see in Gaza is not just poverty: it is, above all, humiliation. This, of course, can grind people down until they give up. However, it only takes a single outrage — a murder, a beating, an insult — to turn these slowly accumulating grievances into a political explosion. Israel learned this the hard way in 1987 and 2000, as did many Arab dictatorships in 2011.

It is good when we speak out against horrors like those that the Israeli military inflicted on Great March of Return protesters. But calling out the more insidious economic violence that dominates daily life in Palestine comes closer to the essence of the struggle. We cannot wait for the next massacre before we take up this task.