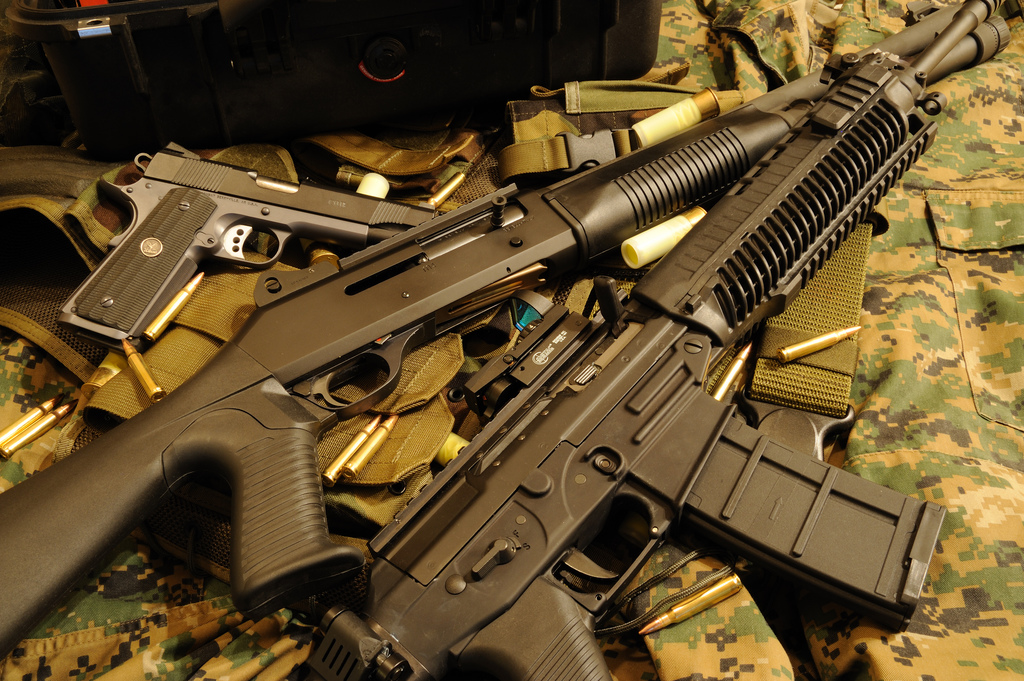 What Happened to the Arms Trade Treaty?

Four years ago, the U.S. and the UK signed a landmark treaty to restrict the sale of arms to rights abusers. So why are they still profiting off the atrocities in Yemen?
By Harry Blain | September 18, 2017

April 2, 2013 was an unusually happy day at UN headquarters in New York. After years of pressure from civil society groups, the General Assembly adopted a new treaty establishing “the highest possible common standards” for regulating the “international trade in conventional arms.”

The Arms Trade Treaty (ATT) was variously described as a “landmark agreement” (by British Prime Minister David Cameron), “ground-breaking” (by Oxfam), and “a direct win that will help save thousands of lives” (by Amnesty International).

There were good reasons for optimism, with two major victories standing out: the enthusiastic backing of the British government and the United States’ reversal of its long-standing opposition to arms trade regulation. Yet since then, neither of these major arms exporters has reduced weapons sales, nor seriously regulated them.

Instead, their arms companies have cashed in on perhaps the world’s worst humanitarian disaster — the Saudi-led destruction of Yemen.

There, bombings led by the Saudis and backed by the U.S. have left thousands of civilians dead, precipitated a cholera crisis that’s infected thousands, and brought the Arab world’s already poorest country to the brink of famine. Yet neither Washington nor London has turned off the spigot of arms to the Saudi coalition.

When it was passed, the Arms Trade Treaty was without precedent. Uniquely, it focused on so-called “conventional” weapons — from small arms and light weapons to battle tanks, combat aircraft, and armored vehicles — which do most of the world’s killing and maiming but haven’t received the same international attention as their nuclear, biological, or chemical cousins.

Article Six of the ATT boldly declares that a state should not transfer conventional arms if it has knowledge “that the arms or items would be used in the commission of genocide, crimes against humanity, grave breaches of the Geneva Conventions of 1949, attacks directed against civilian objects or civilians protected as such, or other war crimes as defined by international agreements to which it is a Party.”

The fact that a treaty containing this language passed the General Assembly by an overwhelming 154 votes to 3 — and has since been ratified by 89 UN member states — is a testament to the tremendous efforts of the Control Arms campaign that lobbied for it since 2003.

However, the most recent appraisal of the treaty published by Control Arms on September 11 strikes a mixed tone. It highlights “encouraging signs,” including better reporting of arms sales at the national level and the limitation of exports to South Sudan, where a ghastly civil war has given way to famine. Yet the review also describes how, in conflict-zones worldwide, “ongoing arms transfers are playing an acute destabilizing role – nowhere more so than in Yemen.”

Yemen, it continues, represents “one of the most urgently concerning cases in which arms transfers have continued despite information of clear risk of negative consequences.” No fewer than 19 state parties and three signatories continue to export “arms, ammunition parts, and components to Saudi Arabia” despite “mounting evidence” of war crimes. Each of these states is consciously undermining a treaty that they were praising so effusively four-and-a-half years ago.

Britain and the United States have led the way.

In April 2014, Britain ratified the ATT, with the government promising that it would build on the UK’s “robust” licensing regulations. By December the following year, this claim was tested in a 91-page comprehensive legal opinion on arms exports to Saudi Arabia.

The British government, the authors argued, was “placing undue reliance on Saudi assurances that they are complying with international law” in Yemen, even though these assurances were “not supported by independent evidence from reliable sources.” Their conclusion was clear: “the UK Government has misdirected itself in fact and law in relation to its obligations arising under the ATT.”

While Britain licensed $3.7 billion worth of arms sales in the first year of the Saudi air campaign, the United Nations documented 119 Saudi-led sorties violating international humanitarian law, including airstrikes on targets such as refugee camps, weddings, buses, medical facilities, schools, and mosques. At the same time, as the director of Physicians for Human Rights has put it, the Saudi-led coalition has sought to “weaponize” disease by imposing a harsh blockade which has deepened Yemen’s cholera and malnutrition crises.

If Britain has disregarded the Arms Trade Treaty, then the United States — which is a signatory but not a party — has been even more dismissive. In May, President Trump sealed the largest arms deal in American history with Saudi Arabia, helping the State Department to set an all-time record for arms sales in the 2017 fiscal year.

Yet President Obama — who signed the ATT and attempted to get it through Congress — was if anything even more complicit in the destruction of Yemen, providing the Saudis with almost unquestioned support from March 2015, when the bombing started, to the end of his second term.

During the Obama era, Human Rights Watch cited numerous examples of U.S.-produced weapons striking civilian targets in Yemen, including a March 2016 attack on Mastaba market, which killed at least 97 civilians, and an October 2016 attack on a funeral hall which killed over 100. By the time he left office, President Obama had “overseen more sales of military weaponry than any other president,” Mother Jones reports. Saudi Arabia was among the top five customers.

With such obvious disregard of its core principles, the Arms Trade Treaty is looking toothless. Critics anticipated this in 2013, pointing to the treaty’s lack of proper enforcement mechanisms. This, however, is a charge that can be made against all international treaties, which ultimately rely on the actions of self-interested and often duplicitous governments.

Instead, there’s a deeper problem with the ATT: its insistence on distinguishing between the “legitimate” and “illicit” arms trade. The treaty pledges to “eradicate” the latter, while protecting the former.

Although the black-market gun runner makes for a good movie plot, the biggest and most lethal arms dealers are governments. Legal sanctions don’t make a missile less deadly — as any Yemeni will tell you. Twenty-six countries legally sold weapons to both sides of the Iran-Iraq war, as the two countries nearly bled each other to death. And — at least according to the UK high court — there’s nothing illegal about selling weapons to the Saudi regime as it crushes its far poorer neighbor.

This is the “legitimate” face of the international arms trade. Until it is seriously confronted — nationally and globally — noble efforts like the Arms Trade Treaty will fail.

Harry Blain is a PhD student at the City University of New York majoring in International Relations.