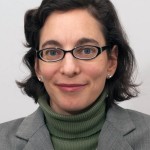 Emily is the Institute’s op-ed manager and runs OtherWords (formerly known as Minuteman Media). OtherWords is a syndicated service that distributes progressive commentary and cartoons to approximately 1,700 editors at newspapers and web portals across the nation.

Prior to coming to IPS in 2003, Emily covered foreign policy and economics in Rio de Janeiro and Sao Paulo, Brazil, as well as Washington and New York, for the Dow Jones and Bloomberg News services. She earned a M.S. in journalism from Columbia University and a B.A. in Latin American studies and history from the University of Texas at Austin. She has traveled extensively in Latin America, Southeast Asia, and the South Pacific and is fluent in Spanish and Portuguese. She lives in Arlington, Virginia, with her husband and two young children.

From Fukushima to Brussels, Nuclear Energy Isn’t Worth the Risks

The scariest part of the Brussels attacks is something that hasn’t happened yet and hopefully never will: an act of nuclear terrorism.

No, Trump, We Can’t Just ‘Take Their Oil’

Trump's signature slogan on how to deal with ISIS is delusional.

This (Film) Changes Everything

Where other climate change documentaries may counsel despair, Naomi Klein's "This Changes Everything" offers hope.

Our Climate Future Could Be Decided in the Courts

People from Seattle to Fiji are filing lawsuits over global warming — and they just might have a case.

The G7 says they want to wean the world off climate-changing fuels. But not till 2100.

The Real Reason for the VA Scandal

Delay and denial are standard operating procedures when it comes to how the government cares for vets. Here's why.

No Happy Ending to the Child Refugee Crisis

The Obama administration is making it harder for Central Americans to get refugee status.

This Changes Everything: A Simpler Solution to Climate Change

In her stunning new book, Naomi Klein has the simplest solution for climate change yet: Ditch fossil fuels. Period.

Paying for the Climate Change Pivot

Unless every nation ramps down military spending and invests in clean energy, we’ll all lose the next big war over the fate of the Earth without even firing a shot.
Page 1 of 2312345...1020...»Last »