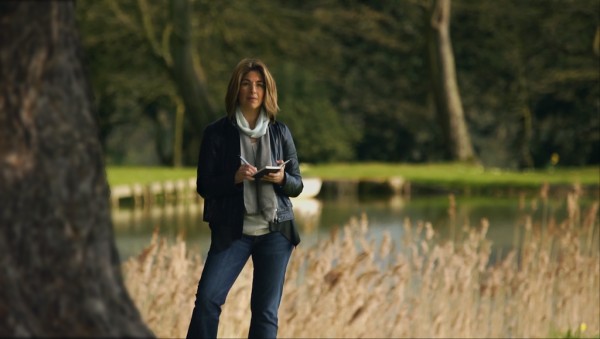 Naomi Klein / This Changes Everything

This (Film) Changes Everything

Where other climate change documentaries may counsel despair, Naomi Klein's "This Changes Everything" offers hope.
By Emily Schwartz Greco | October 25, 2015

This op-ed is a joint publication of Foreign Policy In Focus and OtherWords.

Writer Naomi Klein and her filmmaker husband Avi Lewis lucked out with the release of their new documentary, This Changes Everything. This film about why humanity must kick our fossil-fuel habit before it wrecks the planet arrived at an ideal time.

For one thing, Hillary Clinton belatedly came out against the Keystone XL pipeline. The Democratic Party’s presidential frontrunner called the effort to funnel dirty oil extracted from Canada’s tar sands through six states a “distraction from the important work we have to do to combat climate change.”

And Royal Dutch Shell has put its plans to drill for Arctic oil on ice. Despite pouring $7 billion into that gambit, the company bowed to the bleak outlook for petroleum prices and environmental pressure.

Klein narrates the film, which illustrates many observations she made in her best-selling book with the same title. In print and on the screen, she and Lewis stoke optimism instead of feeding the sense of futility that often hinders climate action.

Lewis and Klein are Canadian, so it’s no surprise that the documentary dwells on Alberta. That’s the where the long-delayed Keystone XL pipeline, which Clinton embraced when she served in the Obama administration, would originate.

The film begins with footage of the industrial wasteland that tar sands mining has carved from the Canadian province’s mist-laced boreal forests.

A beige moonscape cross-cut by veins of gooey bitumen looks like abstract art, or mounds of mocha-fudge gelato, until viewers realize they’re glimpsing what used to be a verdant landscape straight out of a Nordic fairytale. Before mining oil from the muck below the forest floor, workers excise what the industry calls the “overburden” by felling primeval forest and scraping away the rich soil that sustains it.

These gut-churning images, coupled with the disgusted response of native people witnessing the destruction of their ancestral lands, brings the long-term costs of powering our economy with fossil fuels into focus.

This Changes Everything also zooms in on folks in Montana, India, and everywhere in between on the frontlines of climate resistance. Increasingly, they’re winning battles.

The documentary also brings viewers to Fort McMurray, an Alberta boomtown where hard-drinking workers are becoming millionaires without growing any roots. There, boilermaker Lliam Hildebrand stares nervously into the camera. He labels tar sands mining “barbaric” and says he finds the prospect of shifting to wind and solar energy “exciting.”

After all, “the renewable energy industry would employ exactly the same workers that the oil sands does,” Hildebrand explains. “Pipefitters, boilermakers, electricians…There’s absolutely no reason to not make the transition.”

Following a limited release in theaters, the film will become an educational tool anchored to climate change discussions in communities large and small.

Lewis and Klein planned the release to coincide with the final negotiations for a new United Nations climate treaty, which will begin in Paris on November 30.

Their New York City premiere on October 2 coincided with the devastating floods that swamped Columbia, Charleston, and smaller South Carolina towns. More than two feet of rain fell in some areas. All that water killed 17 people, caused more than $1 billion in damage, and raised questions about how frequent this kind of extreme weather will become thanks to climate change.

Less than two weeks earlier, Leonardo di Caprio and other investors had announced in the Big Apple that their effort to move money out of oil, gas, and coal financial assets is gaining steam. The total value of personal and institutional holdings being divested of at least some fossil-fuel exposure has topped $2.6 trillion.

There’s never been a better time to discuss the benefits of ditching oil, gas, and coal.

Emily Schwartz Greco is the managing editor of OtherWords.