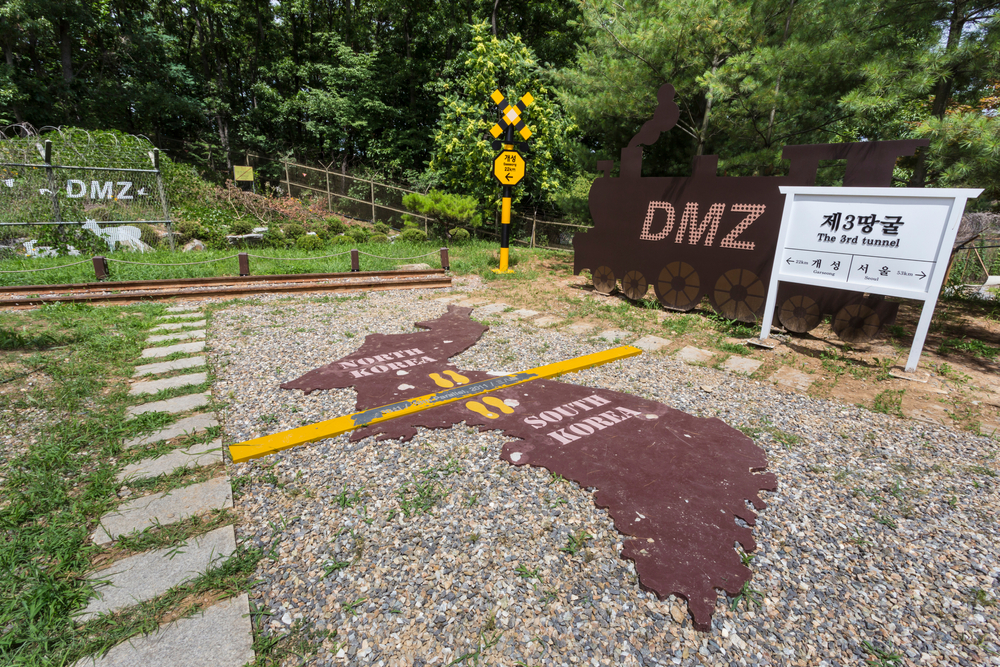 End the Korean War and Stop the US-China Arms Race

Rising tensions in East Asia between the United States and China make another catastrophic war just one incident or accident away.
By Youkyoung Ko | July 14, 2022

Among the 26 nations participating in RIMPAC, the world’s largest naval warfare exercises hosted by the United States, South Korea has emerged as one of the most significant contributors to the war games. The Republic of Korea (ROK or South Korea) Navy deployed warships and maritime aircraft including the Marado amphibious landing ship, the Shin Dol-seok submarine, a P-3 maritime surveillance aircraft, two Lynx helicopters, and nine amphibious assault vehicles along with around 1,000 troops. It is the largest-scale South Korean naval contingent at RIMPAC since 1990.

The recent U.S.-China tensions have increased concerns about regional peace and security. The two countries have also been involved in the seven-decades-long hostile environment on the Korean peninsula that has lasted since the 1953 armistice agreement halted the Korean War but was never replaced by a peaceful settlement. At the end of the Cold War, the ROK established diplomatic relations with Russia and China. The United States might have similarly established diplomatic relations with the Democratic People’s Republic of Korea (DPRK or North Korea), but this never materialized. Instead, the DPRK moved ahead with its nuclear program while the United States and South Korea upgraded their military alliance to deter North Korea. The United States has provided South Korea with conventional strike and missile defense capabilities, and has even considered reintroducing nuclear weapons to the ROK.

On top of that, there are currently 28,500 U.S. military personnel on duty in South Korea, which has become an overseas testing ground for the U.S. military’s hardware, such as the Terminal High Altitude Area Defense (THAAD) missile system and the Joint United States Forces Korea Portal and Integrated Threat Recognition program led by the Joint Program Executive Office for Chemical and Biological Defense. In 2017, the USFK announced that the U.S. Army had begun the process of permanently stationing a MQ-1C Gray Eagle combat drones company at Kunsan Airbase in South Korea. U.S.high-tech weapons deployed in South Korea reportedly have the capability to reach China as well. Right after his retirement, General Robert Abrams, USFK commander from 2018 to 2021, said that the United States and South Korea should develop new operational war plans to counter China’s military influence in the region in addition to threats from North Korea.

Yoon Seok-yeol, the new South Korean president who took office in May, has committed to strengthening the U.S.-ROK alliance, advancing a denuclearization-first approach to North Korea and increasing military cooperation with Japan. Amid the U.S.strategy to contain China, President Yoon had a summit with President Joe Biden, joined the U.S.-led Indo-Pacific Economic Framework and its first-ever summit, and attended the NATO summit for the first time even though South Korea is not a member of NATO. In June, the United States and South Korea conducted air force drills involving 20 warplanes, including F-35A stealth fighters in the Yellow Sea, and  naval drills with a U.S. nuclear-powered aircraft carrier in international waters off Okinawa. Massive ROK-U.S. military exercises are scheduled for this August, which will only increase military tensions in the region.

On June 21, 2022, the Biden administration announced that the United States would finally align with the humanitarian aims of the Ottawa Convention, the international treaty prohibiting the use, stockpiling, production, and transfer of anti-personnel landmines. That is, everywhere but on the Korean Peninsula. Yet, landmines are a humanitarian issue in Korea as well. As of 2021, according to the Peace Sharing Association (formerly the Korea Campaign to Ban Landmines), there have been 1,171 civilians injured or killed by landmines and 5,257 civilian injured or killed by unexploded bombs in Korea during the 70 years of the armistice agreement. On July 3, a man who was operating an excavator and helping with flood restoration work was killed by an explosion caused by an anti-tank mine in Dochang-ri, Cheorwon County, which is within 10 kilometers of the Military Demarcation Line, the border between the two Koreas.

Growing militarization has also had a negative impact on women’s lives in East Asia. Although South Korea, Japan, and China are global leaders in terms of economic growth and development, women’s participation in politics and economic life remains very low in these countries. According to the World Economic Forum’s 2021 Global Gender Gap Report, the gender gaps in education and health have narrowed, whereas the gap between men and women in economic participation and political empowerment remains significant. Based on an index where 1 means there is no gender gap, South Korea ranked 0.214, China 0.118, and Japan 0.061 in political empowerment. Although women in East Asia have advanced gender equality in terms of education and health, masculinized militarism in those countries has contributed to the huge gender gap in political decision-making.

One stark example is the 2015 Korea-Japan agreement on “comfort women” victims, which was announced without the participation of the “victims”. Although the “victims,” who are women human rights activists, have played a critical role in bringing the issue to the table in South Korea and Japan, the leaders from both governments did not recognize them and their work. The agreement failed to get support from the public, because of the lack of a victim-centered approach in the context of wartime women’s human rights issues. Yet, the US government strongly supported it, saying that it was important for South Korea and Japan to coordinate their military policy with the United States to counter North Korea’s nuclear program. As part of of its efforts to contain and encircle China, the United States continues to press South Korea to develop military cooperation with Japan even though these issues of the Japanese military sexual slavery system and the forced mobilization of Koreans and others by Imperial Japan have not been adequately addressed.

During the nearly seven-decade-long armistice, the continual military build-up of high-tech weaponry (including nuclear weapons), massive military exercises, and hostilities on the Korean peninsula and in the region are creating a dangerous situation in which even a small, possibly accidental incident can lead to the outbreak of another full-blown war. We cannot and must not make the mistake of repeating the tragedy of another fratricidal war. Now more than ever it’s time to bring an end to the Korean War and replace the armistice agreement with a peace agreement instead of massive military exercises.

Youkyoung Ko is a consultant with the Women’s International League for Peace and Freedom and a representative of Korea Peace Now! This is part of a series produced between the Feminist Peace Initiative and Foreign Policy In Focus featuring critical voices on the militarization of the Asia-Pacific region. You can read the first essay in the series here as well as other articles on U.S.-NATO coordination, South Korea’s expanded military footprint, the  the view from Guam, and the Hawaiian perspective.